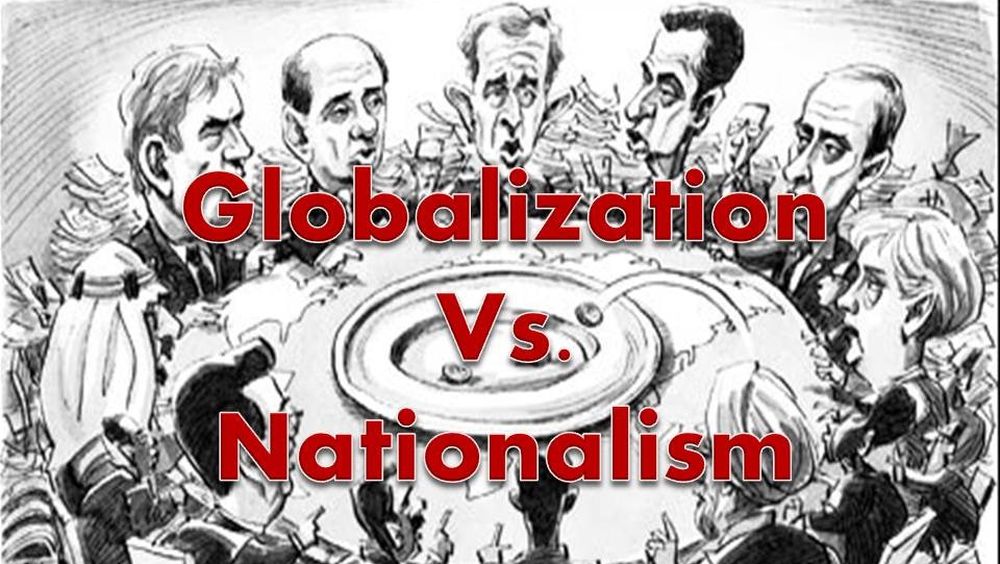 In recent years, particularly in Western Europe and in the United States, societies have become increasingly expressive of strong economic nationalist sentiments. Whether at state level, as in the case of Donald Trump’s protectionism, or as reflected in the popular vote among British people in Brexit, the notion that a state’s resources should come under tight domestic control to serve the needs of the nation has been pushed increasingly onto the political agendas of a number of nation-states.

Sadly, economic nationalism is used by the far-right and, indeed, by the centre-right too, in its discourse to great effect – as was seen in the case of Brexit. Such movements also manifested themselves in other parts of Western Europe, as has been seen in France, Holland, and Spain. In an era of economic stagnation and increasing pressure on welfare states, arguments to protectively guard national resources against ‘outsiders’ becomes increasingly persuasive, despite the perceived threat often being imaginary.

In the face of a globally interdependent economy, which functions on the very premise that resources, capital, and labor can all move freely across borders to serve market needs, what is the outcome of nationalist economic policies? Indeed, how can it co-exist alongside globalization? Does it support nations well in the global marketplace, enabling them to engage with a wider range of international business, or does it hinder business globally, endangering its interests at home and abroad? Is economic nationalism a boon or a burden for the country and for the world?

Economic nationalism is no stranger to the US and has reared its ugly head even before the time of Trump. In a highly politically controversial move in 2002, the US imposed heavy import tariffs on foreign steel. In seeking to gain electoral support, Bush administration’s move nearly started a trade war with the EU, the single largest trading block in the world – its very success built on free trade.

After filing the case with the WTO, the body ruled the tariffs were a violation of America’s WTO tariff-rate commitments, particularly in light of the fact that market conditions everywhere reflected the surge in product availability. WTO threatened the administration with a $2 billion fine, subsequent to which Bush still refused to drop them. The tariffs were only dropped following a further threat from the EU to impose similar tariffs on US products. Free trade won out.

In the East, China is fast becoming the world’s preeminent superpower, both economically and militarily, due, in large part, to its nationalistic orientation, and its historically well-known readiness to turn within to focus on its domestic cultivation and development. Under Mao’s astute leadership, following his victory over Chiang Kai Shek back in 1949, China limited its international alliances and started its land-based, agricultural, industrial, and military development: looking inward, strengthening its political and social systems. In time, under China’s distinctive brand of Communism, with its strong economic nationalism, the nation came to dominate international trade, and not only this, but it has become the world’s foremost supplier of goods, from household appliances, mobile phones and TVs, to automobiles and even advanced computer, aeronautical, and nautical technology.

In 1990, when China joined the WTO, many felt this signaled a shift from its policy of economic nationalism, as it had to comply with new trade regulations that would, in effect, liberalize its market. In reality, this was far from the case. China shifted the focus of its policy of economic nationalism away from controlling the forces of production and towards branding in a bid to maintain its economic might.

Realising that the large share of profit gained from the manufacture of goods was realized by international brands remarketing its goods (for example electronics sold to the likes of Apple), it would put its support behind elevating its national brands within the global economy, thereby serving the needs of its own economy. Understanding the importance of the competitiveness of its Chinese products in the global market, as one author put it, building and buying brands for international markets was elevated to the importance of national security. Simultaneously it provided a cohesive glue to China’s national community. China thus successfully understood the importance of participating in the global economy in a way that would continue to serve nationalist ends.

Now taking a close look at Pakistan and its citizens, we know they are generally known to be intelligent, industrious, astute, and creative as shown by the number of IT professionals sought out by American and EU firms.

In medicine, too, Pakistani doctors enjoy a similar reputation, as do our engineers. At home due to the overabundance of engineers, doctors, programmers, et al, there is no value for their services, leading to a relentless brain drain which has gone on since Pakistan’s inception.

Globalization then, in opposition to nationalism, appears to be serving the interests of countries all over the world more receptive to – and grateful for – our intellectual human capital. No nation, however, can prevent the effects of interconnected markets on its economy, and neither should it.

Adopting a position closer to the Chinese, one which sees the importance of staying ahead in international markets, while still continuing to serve its nationalist agenda – the supposed Pakistani ‘brain drain’ can be seen as an asset, rather than a burden.

Viewing its nation’s people as ambassadors, and an incredibly valuable asset, Pakistan can ‘market’ its nation’s resources to great benefit.

Take, for example, the case of the international company Texas Instruments. Indian IT workers have long emigrated to the US to take up roles in global companies. Following this trend, Texas Instruments, recognizing the large pool of skilled IT laborers available at significantly cheaper costs than in America, pumped ever-increasing amounts of investment to India, creating jobs in software research and design. This is a successful example of national branding, that Pakistan can easily follow, but for this, it must maintain ties with its overseas citizens.

In terms of remittances, Pakistan also benefits greatly from the overseas migration of its human capital, however, this is not entirely a solution to the issue of brain-drain. There are many more potential industries that could be promoted within international markets, but this requires greater investment in infrastructure.

One of the most obvious opportunities, with its strong medical expertise, is the creation of a medical tourism market, similar to what Dubai is successfully building. But this would require the network of facilities in Pakistan to be fit enough to contend with a market such as that of the UAE.

Ultimately, how nations thrive is through their individual economies and by the amalgamation of multiple economies, forming viable systems of mutual trade that help foster economic growth in the form of jobs, exchange of ideas, business development, education and training, and cross migration of intellectual capital that helps underpin long-term growth and development.

A nation’s borders cannot remain closed in an international market that operates on free trade. Globalization is unavoidable. A smart nation will not see the conflict between globalization and nationalism, but rather adopt a smart approach and use the two to mutually beneficial ends to enrich the nation.