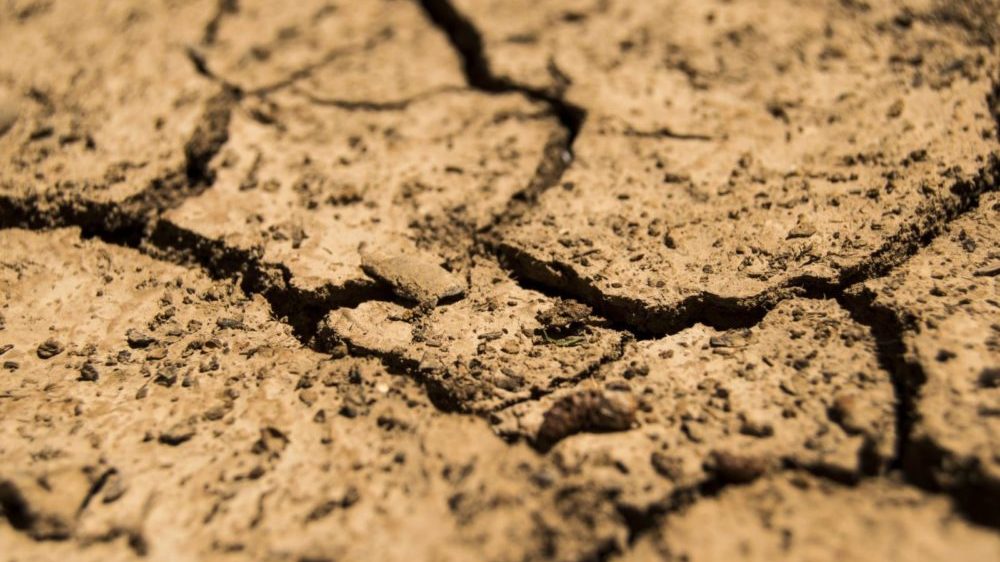 Artificial rain in Balochistan: history, ground water use, and the grand plan to solve it all

Pakistan experiences a high degree of rainfall variability. Balochistan and Sindh generally have an arid environment, which causes certain areas to remain dry and vulnerable to drought.

During the extreme summer heat, this can spell disaster for the communities that are heavily reliant on rainfall for agriculture and livestock production.

Limited rainfall, surface level water runoff, and groundwater have been traditionally used for drinking and agriculture in Balochistan.

In recent decades, increasing development in the province has upset the natural balance and redistributed water resources, thereby producing alarming new trends. The Balochistan province, which marks the boundary between monsoon climate and arid climate is facing increasing risks which need to be addressed forthwith.

The population of Baluchistan has largely relied on traditional sources for water usage, some of which are detailed below:

In recent years, however, modern methods of water extraction and storage have made their way into Balochistan, particularly in urban and peri-urban areas. A brief overview of these practices along with their impact is briefly outlined below:

The methods listed out above have a few things in common. Both of the less expensive methods rely on accessing groundwater. Groundwater has been the major source for irrigating much of South Asia. According to UNESCO, groundwater is the world’s “most mined resource”.

These Panels Can Produce Water Out of Thin Air

Groundwater use in recent years has led to the depletion of this valued resource and has even caused pollution in some cases. The overuse of groundwater in Pakistan is a massive problem, compounded by climate change and air pollution.

A research on groundwater in Balochistan has uncovered the rapid rate at which underground water tables are falling. Wells and drilling to around 80 meters of depth were sufficient to access water in the 1990s; by 1999 the depth had fallen to 120 meters. By 2004, this depth had more than doubled to 250 meters! 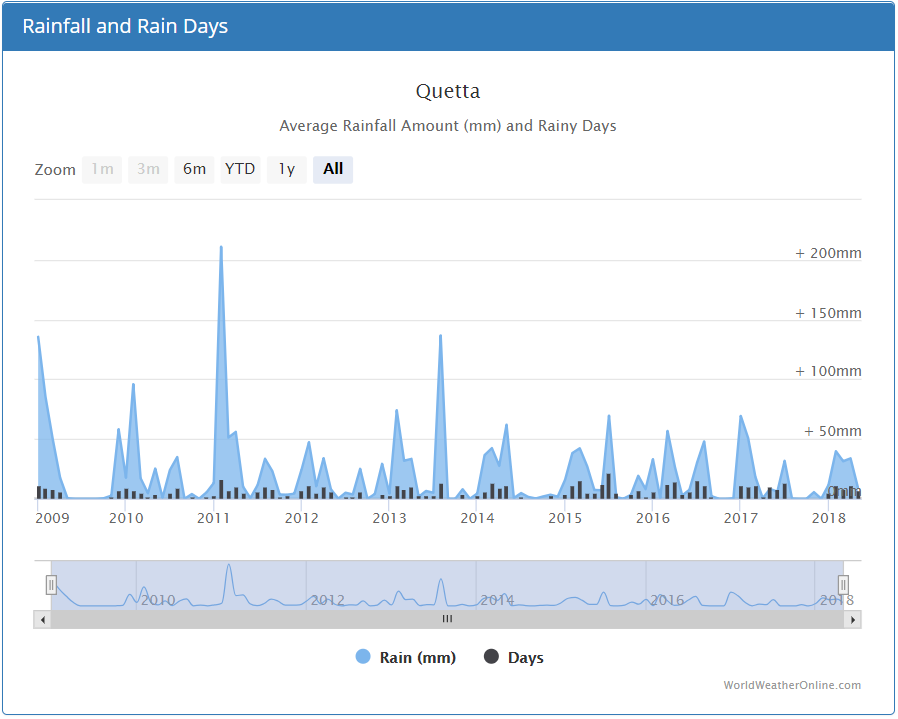 While legislation on the extraction of groundwater was developed as early as 1978, it has “not been put in effect as such. With few exceptions, no one made the effort [for] formulation of local rules. The Government of Baluchistan similarly did not intervene”. The end result was in the form of the Balochistan Groundwater Rights Ordinance being reduced to a document merely defining a minimum distance for groundwater extraction.

Consequently, it is only natural for water tables in the province to reduce as usage increases. The result will be more expensive boring and drilling to access water at greater depths. Unmanaged use of groundwater for everything from drinking to agriculture to industrial use will exhaust aquifers.

This means that karez and qanat will dry up thus rendering the centuries-old irrigation system useless in the years to come. The time of undivided use of natural resources is quickly coming to an end, and there is a growing need to manage limited groundwater resources more efficiently.

There is no doubt that water exhaustion will have a severe impact on agricultural production and livestock raising activities in Balochistan. In an extreme case, it could even lead to a food crisis.

The implications of the above are by no means sentimental; the main concern is the socioeconomic impact on the lives and livelihoods of rural and nomadic populations in Balochistan. As much as half of the rural population still relies on farming.

A single tube well can dramatically reduce water tables in its surrounding area, so while affluent tribal landlords may be able to tough it out, it is the small farmers and pastoral communities who will be affected the most.

The same goes for the construction of storage dams; artificial lakes and year-round water will be a welcome change for upstream communities; but what about those who had been happily cultivating their land and raising livestock downstream? It seems in the midst of modern development, once again, it will be the poorest of the poor who will be getting the short end of the stick, with no other choice than to shift to urban centers.

The largest province of Pakistan (by area) has been facing the looming threat of a drought due to rapidly declining levels of underground water. According to the May 2018 Drought Situation Analysis report released by the National Drought Monitoring Center (NDMC), drought conditions prevail across Western Balochistan.

Most parts of Baluchistan have experienced temperatures above 35oC, and high temperatures have further aggravated the moisture stress in the province. Moreover, shifting weather patterns have caused less rainfall than normal in the province, prompting the government to adopt an out of the box approach.

During the first quarter of 2018, rainfall remained well below average, increasing moisture stress in the province. It is pertinent to add that the NDMC reports that drought conditions may become more severe in multiple areas of Balochistan and Sindh in the coming months.

Consequently, alarm bells have been going off left and right in the province. A recent meeting of the provincial cabinet in Baluchistan culminated with the decision to try out the artificial rain in the province.

A Russian firm, “Climate Global Control Trading Company” (http://climateglobal.net/) has been contracted for this purpose. According to its profile, the company has completed successful projects in the United Arab Emirates (by creating a cyclone) and Iran.

Artificial rain can be achieved through two main techniques; the first called “cloud seeding” involves spreading chemical crystals in clouds which cause condensation and eventually rain. 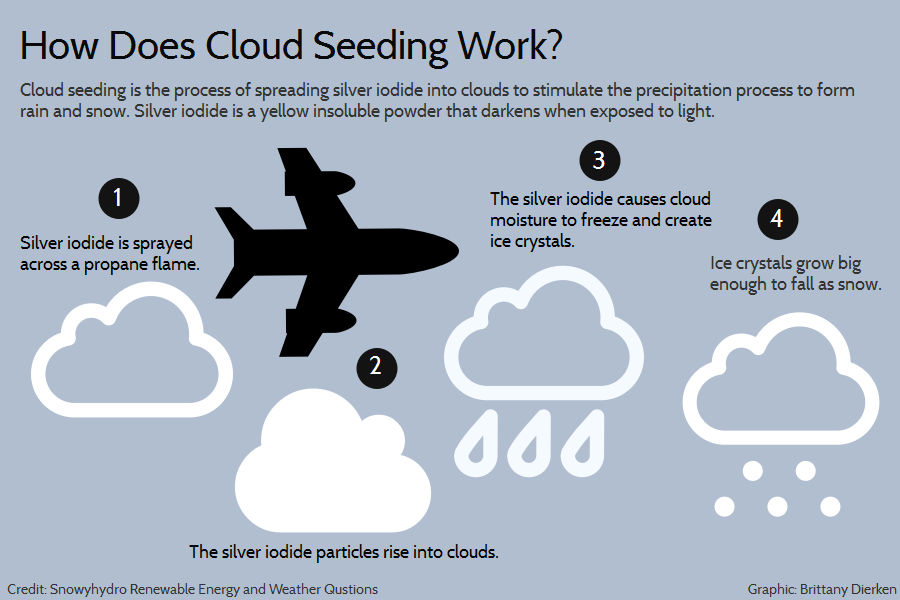 Another method tested out last year in Pakistan is electromagnetic distribution. Small amounts of electromagnetic energy are used to adjust the path of clouds, causing them to travel over areas where rain is most needed. This phenomenon called “electromagnetic shifting” and will be used to cause artificial rain in the Gwadar and Makran areas of Balochistan. 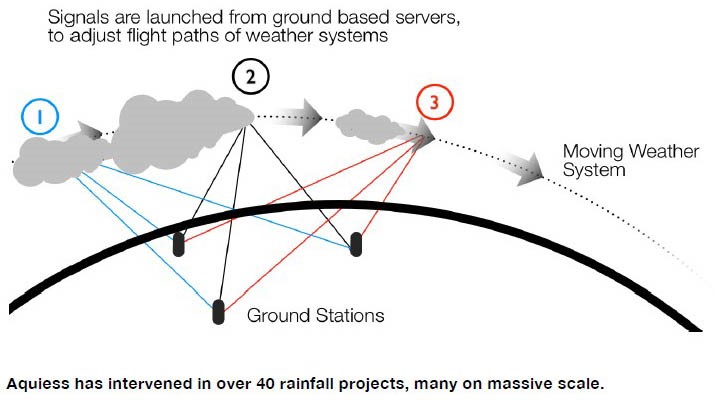 Rain is undoubtedly a welcome guest in a hot and arid country like Pakistan. Artificial rain brings with it a number of benefits. For starters, the biggest advantage of artificial rain is immediate relief in drought-hit areas. The significance particularly increases when you consider the nomadic population of Balochistan, many of whom are dependent on raising livestock.

Artificial rain will undoubtedly serve as a lifeline for securing their livelihoods. Another major advantage is that depleted water reservoirs, including lakes, and underground water will both be recharged effectively through the rain. Water levels in dams will also be raised through artificial rain, providing a long-term reservoir for future use.

On the other hand, there are a few disadvantages of artificial rain too. First and foremost, while the phenomenon of electromagnetic rainmaking is claimed to be “controllable”, the reality is that there is no telling what type of weather can form as a result.

Take the example of Climate Global Control Trading Company’s efforts causing cyclone “Ashooba” in the United Arab Emirates, where heavy rains were accompanied by winds of 82 kilometers per hour. 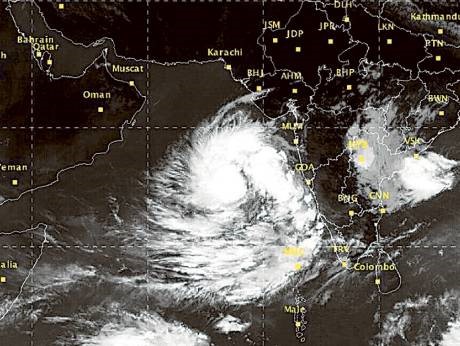 Sure, it did rain, but at what cost? and can Balochistan’s infrastructure and vulnerable population bear the intense weather?

Another important point to note is that the proposed method of “electromagnetic shifting” which will be utilized in Balochistan will place a heavy burden on the electric grid.

Add to that the costs of installing specialized electromagnetic technology, and hosting a team of specialists for the duration of the mission, and the costs go sky high.

World Meteorological Organization (WMO) documents from a 2015 meeting of expert teams on Weather Modification Research state, “Weather modification technologies that claim to achieve large scale or dramatic effects do not have a sound scientific basis and should be treated with suspicion”.

While I am in no way trying to dampen the mood here, let’s wait and see what actually happens before we get all excited about a hara bhara Balochistan.

An increasing number of scientific initiatives from the US to Australia are discovering untapped possibilities of drought control through the artificial rain. According to the WMO, over 50 countries currently have some type of cloud-seeding operation for artificial rain.

Moreover, the National Centre for Meteorology and Seismology based in the United Arab Emirates has been using cloud seeding technology for several years now. How effective will Electromagnetic Rainmaking be? We can’t wait to find out.