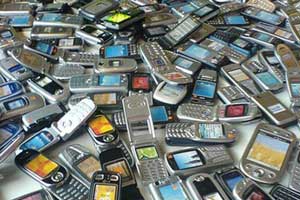 Buying a mobile phone is not an easy task. Sometimes you make mistakes that you regret later on, as you try to get a mobile phone but fail to judge if it’s worth buying. By the way, just buying what is popular is not always a good idea. I have made this guide for you guys, so you can consider these things and buy the best phone in market. This will surely help you to buy a mobile that you will never regret later on.

Price: Teens don’t earn their money. But love to have a fully loaded media mobile phone. Teens should consider their budget. Not everyone can buy an expensive mobile phone. See you budget range and then list out the Mobile Phones available in that range.

Structure Form: Mobile phones are basically available in three forms, Candy Bar, Slider and Flip. Candy bar has a drawback that if you don’t keep your keypad locked then you might be accidently dialing a call to your aunt in USA. In this case Slider and Flip are better as there keypad is not exposed. They are also of small size and more stylish. Teens mostly like small and stylish phones, so if you want to keep your phone in your tight jeans pockets, I would opine for Slider and Flip is what you should go for.

Sound Attributes: Teens usually love to buy mobile phones with built-in Walkman. Phones – that can play any media. So go for a phone that has good sound quality with clarity. Volume control option and also Digital Signal Processing (DSP) Technology so your comfort level can be increased. See where the speaker is fitted and what sound enhancements it has. The best position for the speaker is either sideways. Also look if you can find a phone with a headphone jack.

Memory: Memory is a big issue. In present time, no one wants a 64 MB phone because as it can’t store all the digital media we gather daily. Look for a phone with maximum build in memory. Also see if it can use a memory card. Phones that use a common memory card format is better, so you can also use that memory card in another phone. Micro SD card phones are preferable.

Camera: We all love to take pictures. And wish to have a phone that can take good quality pictures. Look for a good mobile phone with a nice camera fitted. But just don’t rely on the mega pixels. Because the mechanics and color processing chips used in camera are also important. First try out and take pictures from different cameras and then choose one of them. Because sometimes a 2 mega pixel camera gives you better resolution result than a 3 mega pixel camera.

Keypad: Look for a phone with nice keypad that does not have extra large buttons or extra small buttons. Teens love to do messaging, so a comfortable keypad is necessary. Go for a keypad that is easy to use and try it out first before buying.

Connectivity: See what connectivity options are available. If you get more than three, than you must be lucky. See for a Bluetooth which can be paired to maximum devices at a time. Also Infra Red is not that old, so if you get it than it’s a plus point. USB 2.0 is a must thing, so that you can transfer data speedily.  If you surf internet a lot and love to stay connected with your folks all the time then go for a 3G phone. But it’s rentals are quite high. Otherwise go for a Wi-Fi, with what you can also use VoIP software to make calls (like Skype).

Screen Attributes: For Businessmen selecting a user-friendly screen is must. Simple screen with no goodies or the mighty Touch Screens. For Businessmen touch screens are preferable. Touch screens offer 2 types, using a stylus and using your bare fingers. Stylus is good for people who use their phones as PDA’s, and need to take notes during meetings. It is also good for hand writing recognition. But if you don’t need to take notes and rather want to surf the web than go for the touch screens which use bare fingers because using stylus sometimes can be tidy. Also go for a large screen, so everything is neatly displayed. Furthermore, if you are constantly on the move than go for a mobile phone that performs well under sunlight. Because most phone’s don’t perform good.

Operating System: It is a very important attribute that on what OS your phone runs. It could be a Windows Mobile, Symbian OS or Apple’s proprietary OS which runs on a Unix platform. Looks are important, some OS give a nice and easy looks, but some are complicated to use. Also some OS let you operate many applications, but others just don’t. So it depends on your usage. Check different OS phones and see which suites you best. Symbian OS is good as it lets you to operate many applications.

Applications: Before buying your phone, first see if there are enough applications available for it. These could be manufacturer made applications or third-party ones. Look if your desired applications are available in market and are of good quality.

Battery: Businessmen make and receive calls excessively. You don’t want to end up with exhausted battery when you are in the middle of nowhere. So go for a phone with good battery standby time and which performs well. Check different phones and also discuss with others. You will definitely end up with a good battery timing phone.

Functionality: See what extra function a phone has. Does it support voice-recognition, so you can easily make calls without typing in the number, and also other functions that can be handy in daily life.

Easy to use: General user mostly wants a phone that is easy to use and it’s not complicated. Many people don’t understand the complexities of new generation phones. So just go for a simple phone. With no burden of these applications and other stuff.

Looks: General user just wants a nice smart phone which is accessible in his price. There are many cheap phones available that are smart and have good color ranges.

Resale: Buy a phone of some good reputation phone maker like Nokia or Sony Ericsson.

See the market trend that which mobile phone are resoled good. So when your want to resale after a couple of months, most of your money comes back.

So thats all folks. I hope these guild lines will be of any help to you, so you can choose the best mobile phones. If you feel that more things should be considered, just share with us through comments.