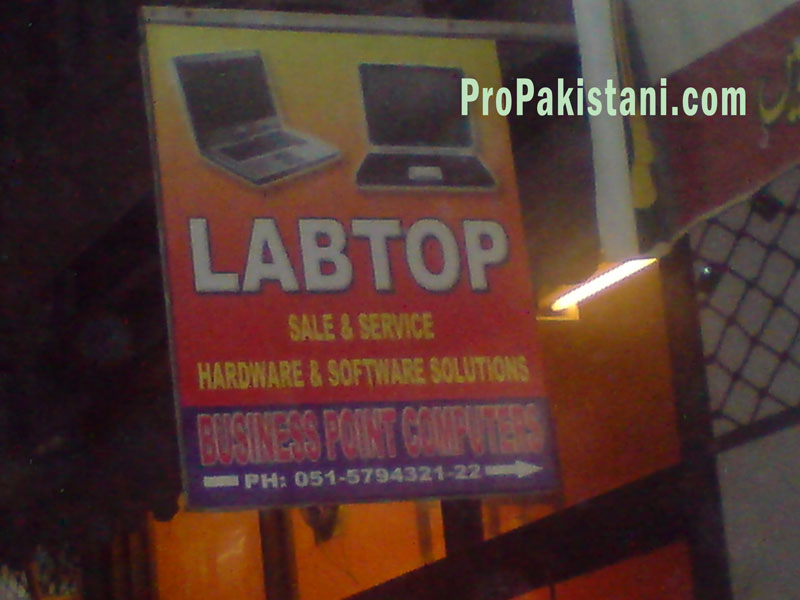 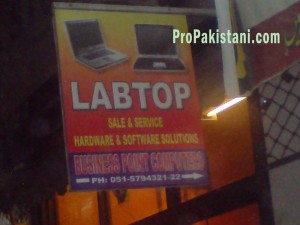 Shoaib Cheema was very excited when he purchased a laptop from Karkhana Market of Peshawar for just Rs 4700. It was a new IBM think pad and the original price was Rs. 5500. However, he got successful in getting some relief from Khan Sahab with some requests to lower the price.

“It was a wonderful deal – my dream of having a laptop at last turned true”, stated Shoaib when he reached back Rawalpindi. They are really different people with different attitude. Apparently, he was very impressed with the happenings.

But, soon his happiness went away when he came to know that his lap top was without genuine IBM battery which costs Rs. 7000/- in the local market. He was very upset but the time had gone and nothing could be done to change the fate of poor Shoiab.

Now he can use that lap top as p-III while charging directly with AC power. When he visited the blue area market he came to know that he could even purchase a Toshiba laptop of just Rs. 8000/-. He then thought that it could be wise to purchase a laptop form the local market instead of going to Peshawar.

I remember a similarly incident a year or so, when I purchased a CD player from Rawalpindi. It was a Chinese brand of Great Wall. It was low cost equipment. After few months that CD player got corrupted with lens problem and other issues. I was further told by the electrician that these Chinese made CD players are neither reliable nor repairable.

Another eye opening aspect of these gadgets is that these are mostly assembled in Peshawar market. Most of the stickers of Sony, National, Sonyo and other Chinese companies are being prepared and pasted on CDs, Tape recorders and radios in Karkhan market of Peshawar.

Only thing which is not being prepared are the mobile sets. These sets are of the same prices as in other parts of the country.

So, I would like to suggest you all that never get impressed by low price electrical appliances. It merits mentioning here that our markets are full of Chinese low price products with are not durable. From tape recorders to radio.

My dear readers, if you have any experience like this you can also share here with out any hesitations…….

Thanks to Shoby for Laptop shop’s image