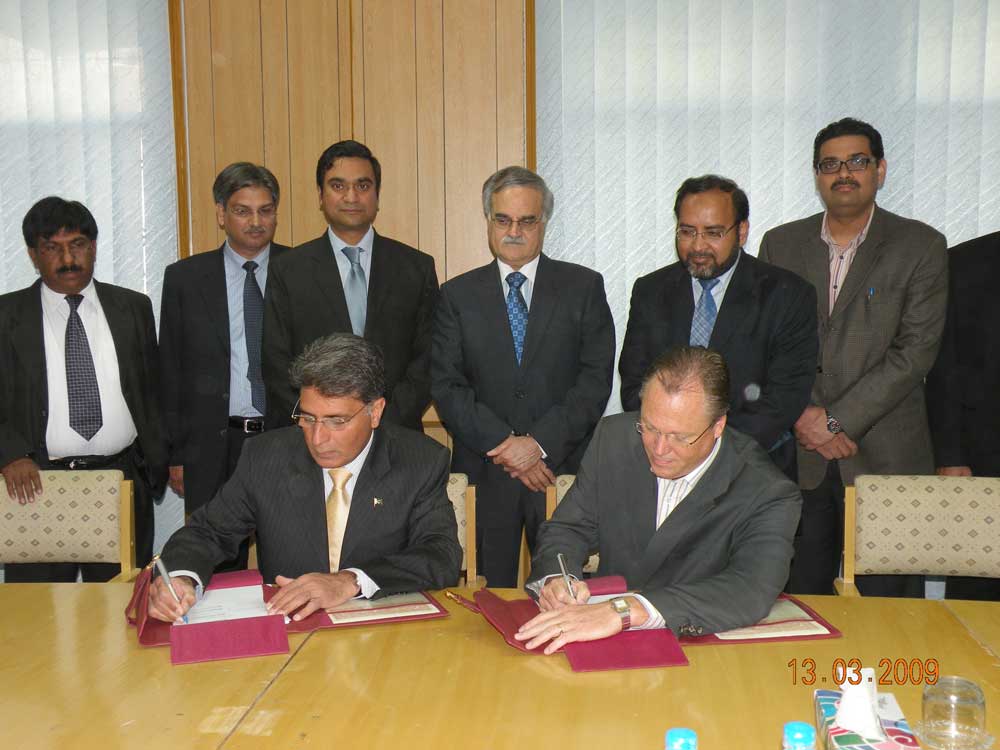 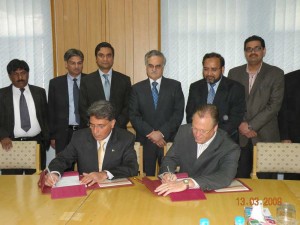 Universal Service Fund and Telenor have entered into a Rs. 930 Million contract to provide basic telephony and data services to the population in the yet un-served areas of Mirpur Khas “Lot”, consisting of un-served areas in, Sanghar, Tharparkar Umerkot and Mirpur Khas districts.

A simple contract signing ceremony between Telenor and USF Co. was held in Islamabad marking launch of new telecom services to be provided by Telenor in the above-mentioned areas. Chief Executive Officer – Telenor, Jon Eddy Abdullah and Chief Executive Officer – Universal Service Fund, Parvez Iftikhar signed the contract. It is noteworthy to mention here that Telenor and USF have already signed two similar contracts earlier – for Malakand and Bahawalpur Lots.

Giving his remarks on the occasion, Federal Secretary for Information Technology, Hifz-ur-Rehman said that the Ministry of IT is striving to increase the level of telecom penetration significantly in the rural areas. Through USF, Rural Telecom Programme is being run all over the country to provide basic telephony and data services.

He informed that in order to strengthen the infrastructure, a project to provide Optic Fiber connectivity in Sindh has recently been launched and in the near future such projects are also being started in Balochistan. He added that another Programme of USF, ‘Broadband for Un-served Urban Areas’ aims towards accelerating the pace of broadband proliferation, in the country.

This programme will also give boost to provision of other e-services like e-health, e-government, e-commerce etc. Under Special Projects, initiatives like enabling the persons with disabilities to use telecom services have also been taken and establishment of multi-purpose community tele-centres is also one of the future endeavors of USF. He congratulated Telenor and also hoped that they would work with great zeal and zest to achieve the desired objectives of the project.

Chief Executive Officer of USF, Parvez Iftikhar, informed that an un-served population of around 1.13 million (13% of the total population of Sindh) will benefit from this project. This population lives in 218 Muzas, spread over 18,000 square kilometers. He further informed that starting from October 2007, so far USF has signed nine contracts in the un-served areas of Pakistan including one of Optic Fiber. The first contract of “Broadband for unserved urban areas” is also ready for signing. He informed that another 8 projects have been advertised, including 4 of Rural Telecom 3 of Broadband and 1 of Optic Fiber. All these are in areas where Private Telecom Operators are normally hesitant to venture because of high expenditures and low expected revenues. He also acknowledged the tremendous cooperation, help and support of the Ministry of IT and others like PTA.

At the occasion Jon Eddy Abdullah said, ‘We, at Telenor Pakistan believe in breaking socio-economic barriers through use of communication technology, especially in remote areas of the country. We stand firm in our commitment for more such ventures with support of Government of Pakistan and Ministry of IT.’

It may be mentioned that at this point in time there are 8 Projects for which USF has called for bids through Press advertisements and announcements on the Websites. Four of these projects belong to Basic Rural Telecom, Three are aimed at expanding Broadband in the unserved cities and towns of the country and one is for Optic Fiber expansion in Baluchistan. Bids for these projects are due in the coming weeks.

Mr. Mushtaq Ahmed Bhatti, Member-Telecom, Ministry of IT, and other officials of the Ministry besides senior executives of Telenor Pakistan were also present at the occasion.