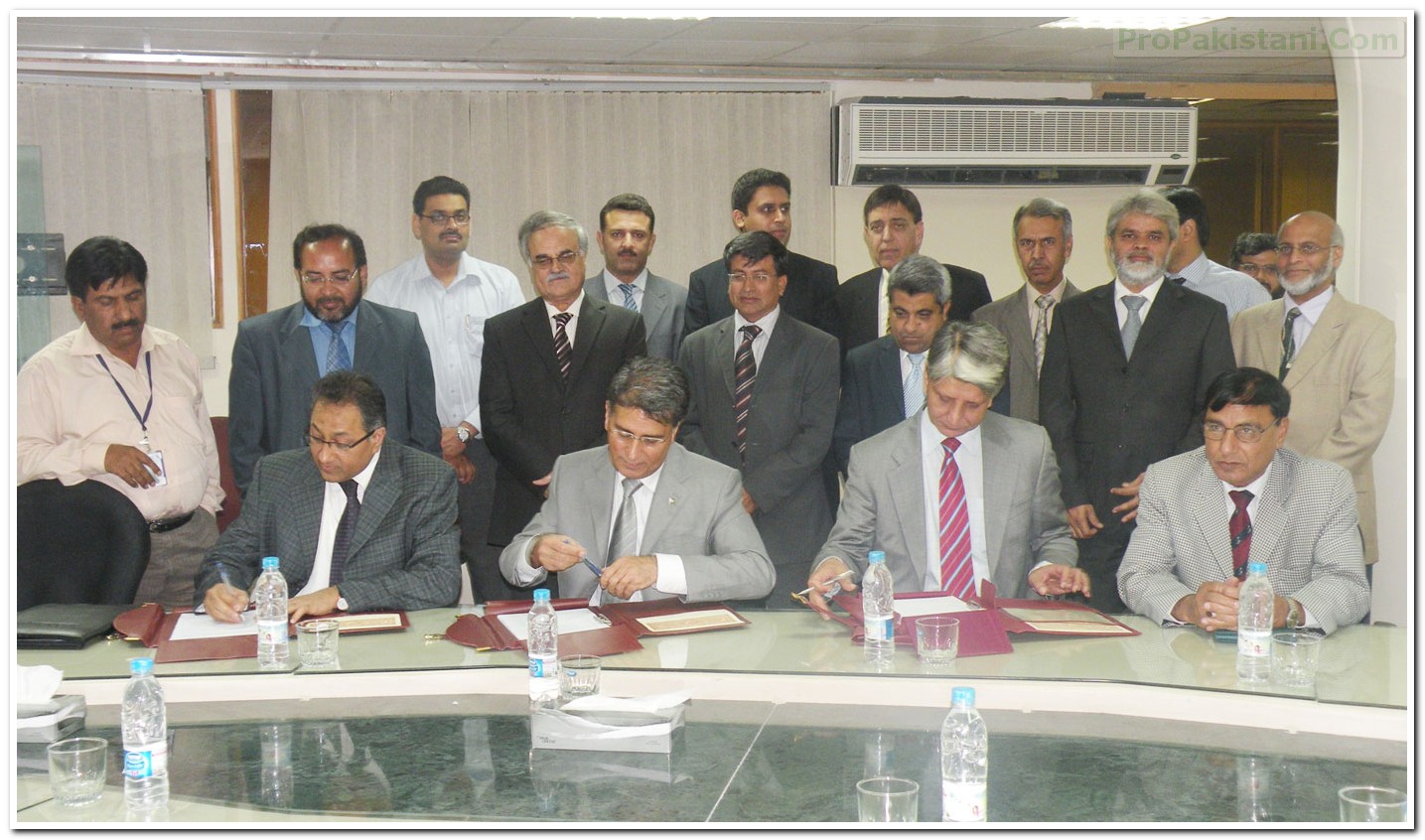 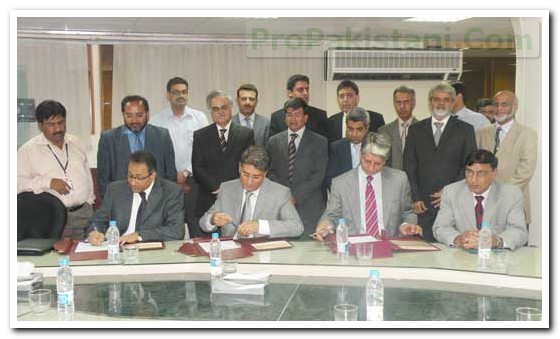 Broadband is considered to be the electronic highway of today. Although, Pakistan has gone ahead in providing voice telephony services crossing 60% tele-density, but broadband proliferation in the country is still very low and there are less than 300,000 broadband connections in the country. Almost all these connections are concentrated in around 15 big cities of the country. Universal Service Fund (USF) is working to bridge that gap.

Universal Service Fund awarded first contracts, worth Rs. 1.4 Billion in total, for providing Broadband Services in the Un-Served Urban areas of Faisalabad Telecom Region (FTR) comprising of districts of Faisalabad, Jhang, Sargodha, Toba Tek Singh, Khushab, Bhakkar and Mianwali, excluding the served city of Faisalabad, to PTCL and Wateen Telecom. Through this project, initially 72,500 broadband connections will be provided by PTCL and 16,500 by Wateen Telecom. It may be mentioned that Universal Service Fund (USF) is made up of contributions by telecom service providers of Pakistan.

Giving his remarks on the occasion, Federal Secretary for Information Technology, Hifz-ur-Rehman said that the Ministry of IT is striving to accelerate broadband proliferation in the country. He was of the view that USF Programme ‘Broadband for un-served Urban Areas’ will give boost to broadband in the 2nd and 3rd tier cities of the country and will also help in provision of other services like education, tele-medicine, e-government, e-commerce etc. He added that, through USF, Rural Telecom Programme is also being run to provide basic telephony while a program to provide Optic Fiber connectivity to all un-served Tehsils is also being executed. He also informed that according to ‘The Lisbon Consensus’ adopted at the 4th International Telecommunication Union, World Telecommunication Policy Forum on April 24, 2009, the intervention of government for broadband proliferation has been endorsed. He congratulated PTCL and Wateen Telecom on winning the bidding and hoped that they would work with great zeal and zest to achieve the objectives of the project in a timely maner.

Chairman-PTA, Dr. Muhammad Yaseen also congratulated all the stakeholders and added that operators need to generate more awareness among the public regarding benefits of broadband. He expressed that the media campaigns being run by the operators need to be more focused towards the success stories related to broadband and how broadband could be used for the well-being of the people.

CEO of USF, Parvez Iftikhar, informed that FTR, has 56 towns and cities of various sizes with numerous potential broadband users like, hospitals, distance learning centers of Open University, Banks, NADRA centers/kiosks, Government Offices, Libraries, Courts, Industries and various other institutions, in addition to a population of more than 3 Million that could benefit. He further informed that a major highlight of this project will be the establishment of more than 250 Educational Broadband Centres in all the High-Schools and Colleges in these towns and cities, besides more than 100 Community Broadband Centres will be set up which will provide Broadband to those who cannot afford their own computers. He acknowledged the tremendous cooperation, help and support of the Ministry of IT and PTA, without which this landmark could not be achieved.

CEO USF also informed that bids for the next three similar projects have already been called through Press and Websites for the areas around Multan, Hyderabad and Mansehra. These will be followed by more projects till the whole country is covered. Moreover, bids for three more Projects of Basic Rural Telecom and two of Optic Fiber expansion in Baluchistan are also awaited.

Sikandar Naqi, SEVP Corporate Development PTCL, said, it was indeed a landmark, which characterizes PTCL – USF partnership. This is not for the first time that both stakeholders have joined hands with a view to providing quality telecom services to the end-users in less-privileged areas. This venture would enable customers of this area to benefit from the state of the art broadband services as high speed internet at highly competitive rates.

While sharing his thoughts at the occasion, Furqan Qureshi, GM-Wateen Telecom said that Wateen will continue to collaborate for the upcoming initiatives from USF, including deployment of optical fiber and broadband networks in the country. He added, ‘A socially inclusive Pakistan, is as much our dream as it is for the people of Pakistan’.

Mushtaq Ahmed Bhatti, Member-Telecom, Ministry of IT, and other high officials of the Ministry and PTA, besides senior executives of USF, PTCL and Wateen Telecom were also present at the occasion.