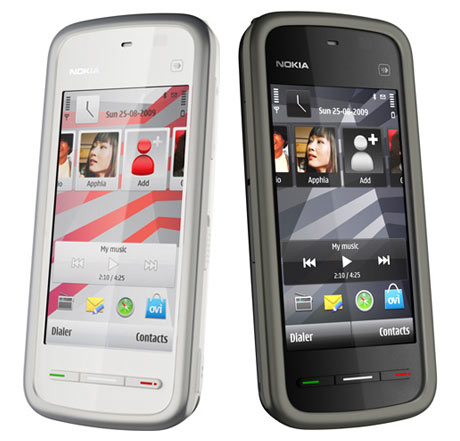 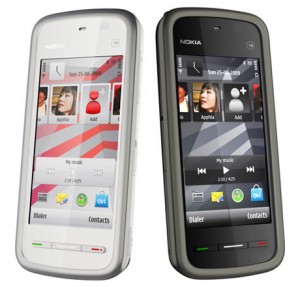 On Tuesday, Nokia unveiled its latest addition to the Nokia touch-phone portfolio, the Nokia 5230. It is designed for those users who want to enjoy on-the-go-entertainment, complete control on social networking and location-based services at an easy cost.

It has surely impressed many on its debut day with its features and low cost. It had to loose some features like Wi-Fi connectivity and downgraded to a 2-megapixel camera instead of 3.2 megapixels to become pocket-friendly but still is like a gem. It runs on S60 5th Edition and offers complete entertainment-on-the-go, where it be music, videos or apps, through Nokia music store and Ovi store.

Competitively priced at 149 EUR (approximately $213), we believe the Nokia 5230 is an unbeatable offer for many new customers who aspire a device that stars in music, mingles with social networks from Facebook to MySpace, navigates you to where it happens, when it happens,  and comes in an array of dazzling colors.

For a full list of specs, check out Nokia’s Web site.

It also features a Media Bar with quick access to your favorite media and applications, such as music, photos, YouTube or Ovi Share. And an innovative Contacts bar features thumbnail images for up to 20 close friends and provides easy access to them and their communications history including emails, phone calls, photos or other social media updates.

Two versions will be launched, one standard version costing 149 EUR (approximately $213) and the other version Comes With Music service will be 259 EUR (approximately $371) which will let you download unlimited music from the Nokia music store. It will also include a variety of color backplates (red, pink, blue, yellow, and dark silver).

– It is expected to ship in the fourth quarter of year 2009. 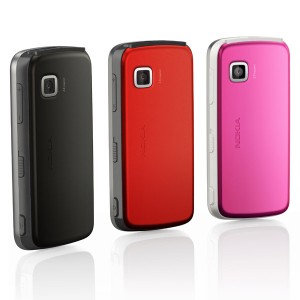