The cellular subscriber’s growth squeezed after Pakistan Telecommunication Authority has blocked millions of unregistered connections after the launch of SIM information system-668. Although the new system was introduced officially in mid-October, the subscriber’s based widened only by 10,452 in this month, which showed that users’ base may contract after blocking of unregistered numbers.

In October, the overall customers’ base reached 95.918 million with only 0.01 percent growth from preceding month.
Besides Ufone, all four cellular phone companies witnessed minimal addition of users on their network.

Ufone has continued loosing the customers and now stands 4th in the chart – that’s even below Warid.

Rest is shown in following graphs. 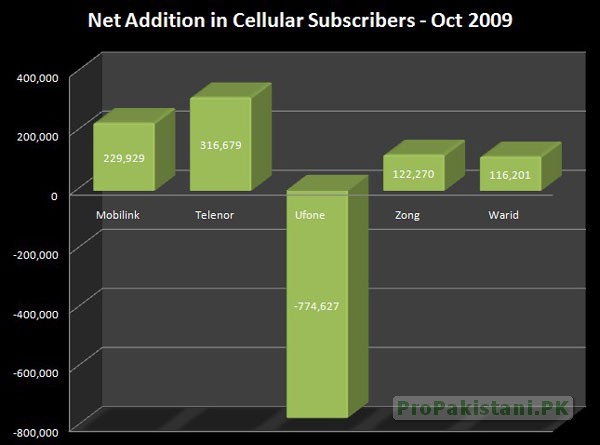 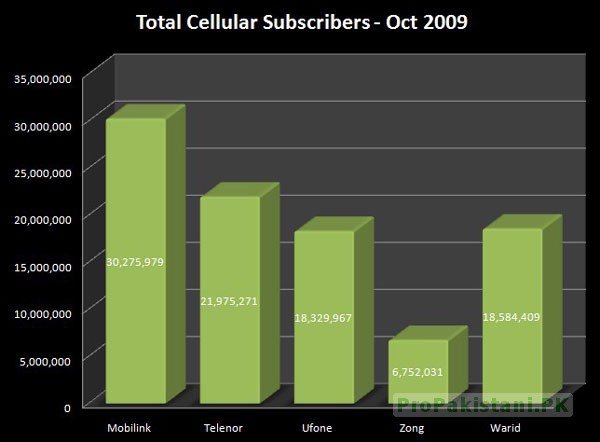