Sohail Abid recently toured whole of Punjab on his motor bike. His tour spanned 27 cities in first phase, while he has plans to visit Northern Areas, Sindh, NWFP and Balochistan later this year, most probably with same transportation channel.

For those who don’t know, Sohail Abid is a freelance coder/developer based in Islamabad, a good friend, prominent figure in Pakistani blogosphere – he is also responsible for ProPakistani’s design.

There would be other people too, who were adventurous enough to roam the country, but Sohail Abid’s made his journey particularly special with the help of technology and the social media.

Sohail created a Facebook page, where he shared updates through Mobile phone, which included interesting facts, information, pictures and tales of places he visited.

In very short span of time, he got over 1200 visitors – with no advertising, no struggle.

Sohail was equipped with an iPhone with facebook and twitter applications, to keep his fans posted about the happenings.

Here is what he wrote to us:

I was taking 2MP pictures and uploading right from the location where they were being taken. And this involves small towns, villages, jungles (lal suhnra), desert (cholistan), and Derawar Fort. Telenor worked everywhere, even in Cholistan.

And jhoolas… of all kinds”] 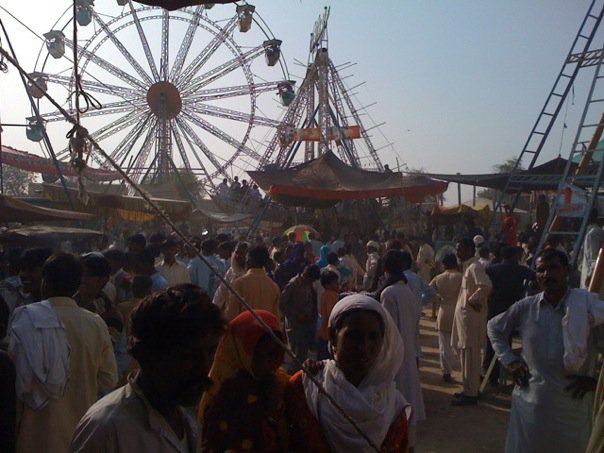