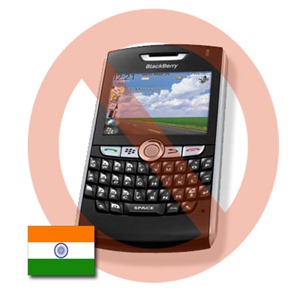 Indian Government has decided to bypass Research in Motion (RIM) to directly bug the cellular companies to make sure the monitoring the data transferred through Blackberry services, reported Indian media today.

Government, in its new directive instructed telecom operators to stop any such services (especially the blackberry) that can not be monitored as per the satisfaction of law enforcement agencies.

"It is between the licensee [cellular operators] to tell RIM that, look if you can’t do this, you can’t use my network.

I have only to deal with the licensee and not deal with RIM. I do not have any agreement with Blackberry," said Home Secretary GK Pillai in a statement.

RIM gave Indian government limited access to Blackberry messaging, however, it has been saying that it cannot provide access to the BlackBerry Enterprise Service (BES) as it does not possess any key and the security architecture is the same around the world.

"There is no possibility of us providing any kind of a solution. There is no solution, there are no keys to be handed… It’s not possible to do so because the keys of the service are in possession of the corporate enterprises."

There are over one million BlackBerry subscribers in India and the number is growing fast.