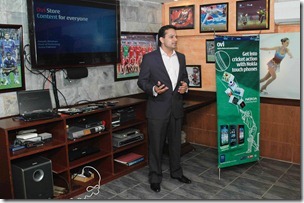 Talking about the new apps, Haseeb Ihtisham, Head of Marketing, Nokia Near East said, “We decided to offer the best cricket app on Ovi Store this season so that everyone could enjoy this cricket world cup in its true spirit.”

He further added, “We have received some very good download numbers on Ovi Store in Pakistan. It’s great to see that Ovi Store is fast becoming popular in Pakistan especially among the youth”

Quickly gaining momentum in Pakistan, Ovi Store is poised to bring more locally relevant applications for Pakistani consumers so that they can enjoy a truly personalized mobility experience.