Telenor group today announced its results for first quarter 2011, according to which, Telenor Pakistan showed 9.7 percent in Norwegian currency, due to increased share from tower sharing and Easypaisa revenues.

Company said that The EBITDA margin increased by 6 percentage points, as revenues increased and costs related to leased lines declined.

Telenor said that it continued to focused on network capacity investments to align with subscription growth and traffic volumes to decrease capital expenditure .

With 26% cash flow margin, Telenor says that company is on track to deliver good returns in Pakistan.

Telenor Pakistan said that it added 1 million subscriptions during the said quarter. ARPU in NOK remained unchanged, while it showed 2% increase in local currency.

Following are few financial figures from the company: 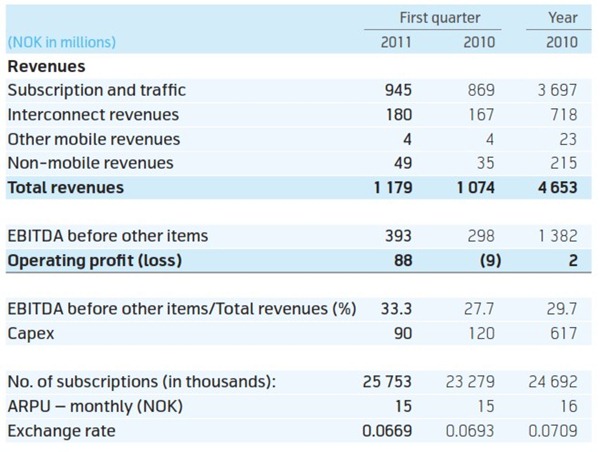