World is celebrating Telecom day today, and aligned with the global traditions, Pakistani ICT companies and professionals are rejoicing May 17th with a commitment to make telecom and technology services available to the rural, under-served and un-served communities of the country.

Telecommunication isn’t an alien term for a country with over 105 million mobile customers, however, just like global markets, there are regions in Pakistan where basic telephony, broadband and other telecom services doesn’t make business case.

This infeasibility for telecom companies is usually due to low population, irregular terrain, long distance from central communication hub and other relating factors that make it difficult and at times impossible for business entities to provide telecom services.

This is where Universal Service Comes in and plays a role that has been largely appreciated by local and global audience.

When we talk about Telecommunication services in rural or un-served areas, Universal Service Fund comes to our mind as imminent and a related term. This institute, which aims to subsidize telecom services in rural areas, has made a notable difference to the lives of rural communities.

As mentioned above, those far flung areas, where telecom businesses won’t go due to very little profits, USF offers them subsidy or monetary assistance in providing telecom services. This way, a win-win situation is achieved for both the telecom companies and the rural community, who earn the benefits of telecom services despite being in very less populated and far flung towns, deserts and high hills of the country.

Since its inception, Universal Service Fund has disbursed billions of rupees in previous three years. However, we won’t go into monetary details today, instead we will look at the numbers of towns and people that got benefited and are enjoying basic telephony and broadband services, with the help of USF.

It merits mentioning here that USF subsidizes telecom services under various heads, including:

USF aims to offer basic telephony services to un-served areas with no prior ICT existence. 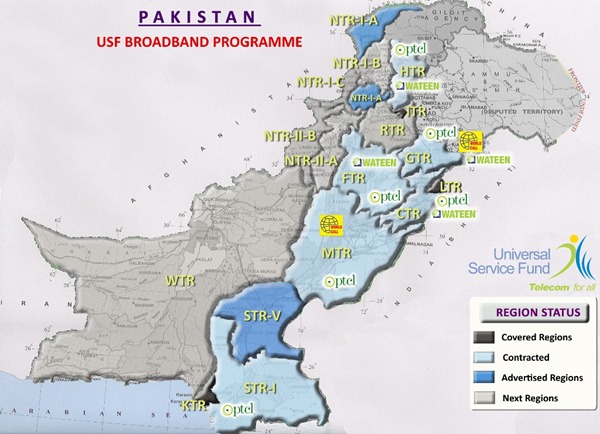 Connecting un-served and under-served areas with basic telephony and broadband access requires establishment of stable, reliable and redundant Optic Fiber Cable in all corners of the country.

For the purpose, USF has this project under which all 125 unconnected tehsils of the country will be cross connected with each other with back-haul optic fiber cable.

Today, with the help of USF, telecom operators have laid over 3,000 kilometers of optic fiber cable while connecting 33 tehsils and 32 towns in Sindh and Baluchistan.

These back-haul rings are not only making local connectivity redundant but will help international peers to get connected through Iran and at other gates. 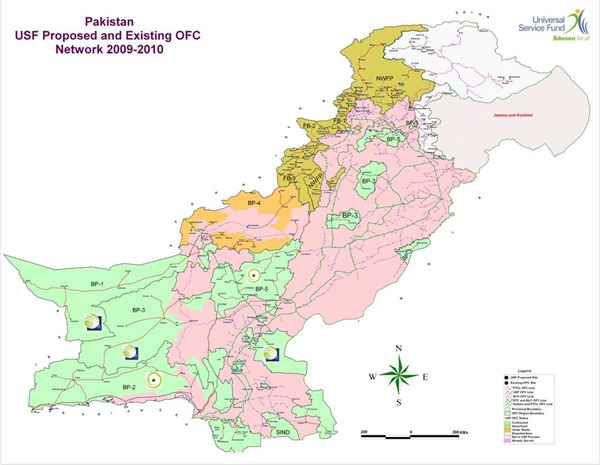 Educational Broadband Centers: USF, other than providing back-haul connectivity and subsidizing the infrastructure, it has provided end-to-end broadband internet connections to educational institutes in 2nd and 3rd tier cities of Pakistan.

USF says that it has so far provided broadband internet to more than 792 schools, colleges and libraries, where previously there was no internet availability.

What Next to be Done?

Above mentioned stats speak themselves about the development being made in rolling out the infrastructure in rural communities of the country, however, only enabling the rural areas isn’t enough – in fact educating them with latest technologies is going to be the real task.

While USF has done it’s part in deploying ICT access throughout the country, other government and non-government institutes, which are responsible for trainings and education, are supposed to come forward and literate the masses to use information and communication technologies effectively.

This is of course not a one day job, but private and public sector need to set the directions properly so that the broadband access in hundreds of rural cities/towns is consumed productively.