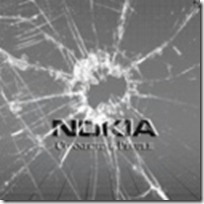 The spring of change in the Middle East appears to have followed through in the smartphone arena, according to Japanese market analysis firm Nomura. The 15 year reign of Nokia seems to be on its last legs, as sales forecasts predict it being dethroned in worrying fashion.

According to the numbers crunched by Nomura, Samsung will become the world’s largest smartphone maker in the coming months, followed by the unlikeliest of corporations, Apple.

It was in 1996 that the Finnish cellphone manufacturer introduced the Communicator series and created a new breed of mobile devices. In the decade and a half since, several high profile handsets have graced the palms of business and personal consumers worldwide.

Recognized as a Scandinavian icon, Nokia’s brand and products have offered customers a sense of security and quality, pushing the company’s value close to USD 200 billion.

However, rigidity and lack of radical innovation appears to have thrown a spanner in its dominant market share. Most analysts have long attributed the lengthy delays in updating its legacy OS as one of the key reasons behind the consumer’s losing interest in smartphone offerings by Nokia. While a device here or there has helped retained a loyal following, the arrival of strong competition from Asian manufacturers with lower costs has resulted in a losing battle for the long-term.

Apple’s entry to the smartphone market is recognized as an evolution of the industry, with the iPhone breaking sales records, setting benchmarks and prompting responses from various market players, as well as technology heavyweights Google and Microsoft.

But Nokia’s inability to respond in kind to the new rules of the playground have plunged the company’s fortunes, to the point that it merged its cellular segment with Microsoft for some much needed support. While this merger is not all bad, the key question that arises is if the action is a little too late, as no product has graced the market yet.

Samsung and HTC have used the economics of scale and understanding of the growing Asian markets to their advantage by evolving their products in shorter lifecycles. The latter company has reported outstanding growth in sales, utilizing the power of Android to push for a larger market share.

Samsung, on the other hand, has evolved on all fronts, with consistently reaching or surpassing the high expectations of consumers. According to Korean market analysts, the Samsung Galaxy S II smartphone has outsold its Apple counterpart in early sales within the country.

Of course, the number is not a clean comparison as the former is available on several carriers while the iPhone is available through one service provider only.

While kingship in the low-end region of the cellphone market is still with Nokia, and it remains that largest handset manufacturer overall, even these numbers are under threat from competitors, which now include several small regional manufacturers utilizing Chinese labor and parts to offer cheap alternatives.

To see an electronics giant take top spot in the smartphone market is not at all surprising; but to see an icon toppled by a newcomer within 6 years of market entry is amazing.