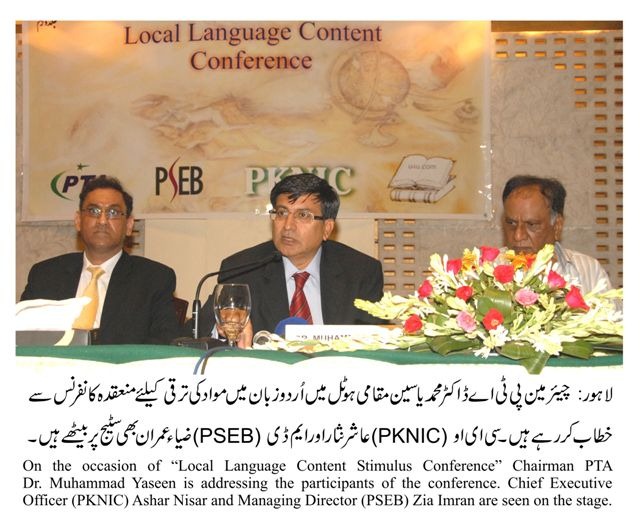 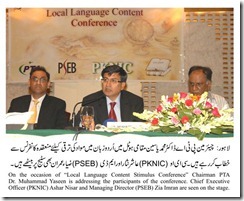 Pakistan Network Information Centre (PKNIC) and Urdu literature website U4U.Com arranged a conference for the promotion of local language content on the internet.

Talking as Chief guest of the event, Chairman PTA Dr. Muhammad Yaseen said that producing local content and applications is the need of hour towards development.

He emphasized on bringing future technological platforms to people at all levels. He said that local content can be handy in this regard in different fields such as education, health, governance and banking.

Chairman PTA praised that such events should be held for the promotion of local content and invited stakeholders to discuss this issue from future perspective.

“This is a continuing effort of likeminded companies in the local industry to recognize the importance and growth potential of local language content on computer and mobiles”.

Pakistan Software Exchange Board (PSEB) was co-sponsor of the event.