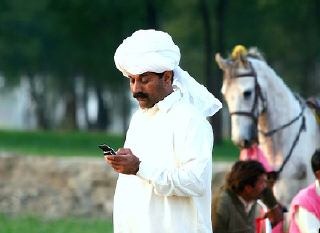 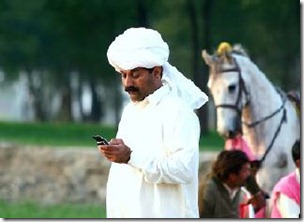 Handset import bill of various brands, prices and features has been registered at Rs. 44.69 billion in the outgoing financial year (2010-11), up from Rs 26.44 billion import bill recorded during the same period previous year, said Federal Bureau of Statistics (FBS) in its latest stats.

FBS report said that the handsets sales and its imports surged substantially depicting the tremendous growth of 70 percent in the closing fiscal year 2010-11 compared with previous year.

Analysts said the handsets growth in sales and imports is natural as the local demand has been growing side by side with increasing SIMs number of different operators. In addition, high priced Smartphones are significantly contributing towards the overall value of the import bill.

Customers purchase gadgets with emerging trends, style and technology of the brands. They replace their handsets normally in one to two years depending on brands – whether it is Chinese or others.

Besides, demand and sales of handsets increase coupled by the snatched/theft cases and dysfunctional of gadgets in the local market.

Markets dealers said that sales of handsets have increased more than one million units per month, which stood almost half in the last fiscal year. The sales have picked up at accelerated pace with increasing demand in the local markets, particularly in the rural areas in addition to sales growth in big cities.

More than 80 percent of the handsets imports are carried out from China including Chinese brands and renowned brands. However, Chinese-made handsets gained lion share in the local markets owing to lower prices amid multiple features.