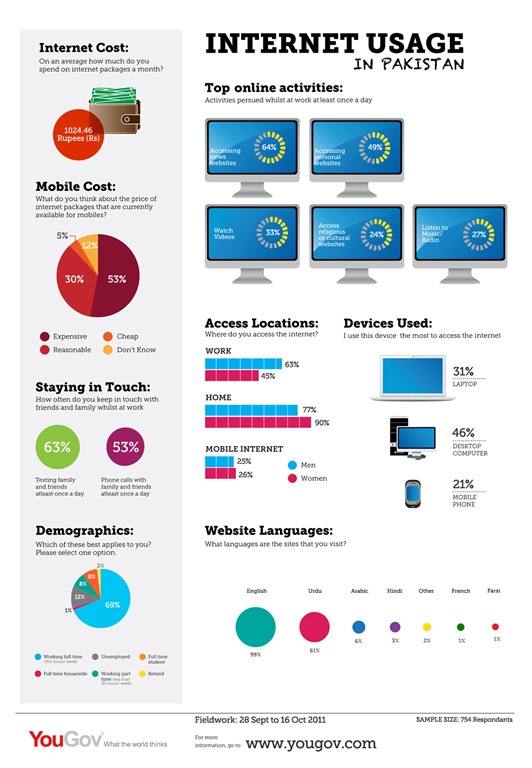 Today we got our hands on following infographic that details various vectors of internet usage in Pakistan. Based upon survey results, YouGov – a firm that provides statistical data for multiple regions – recently came up with an infographic on usage of Internet in Pakistan and India.

We won’t keep you waiting for long, but here are some key findings for Pakistan before you head over to graph: 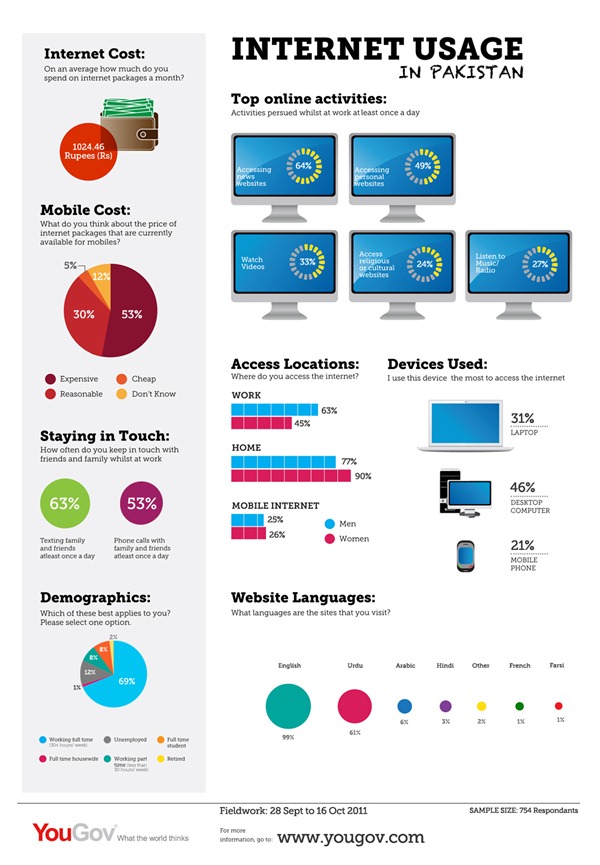 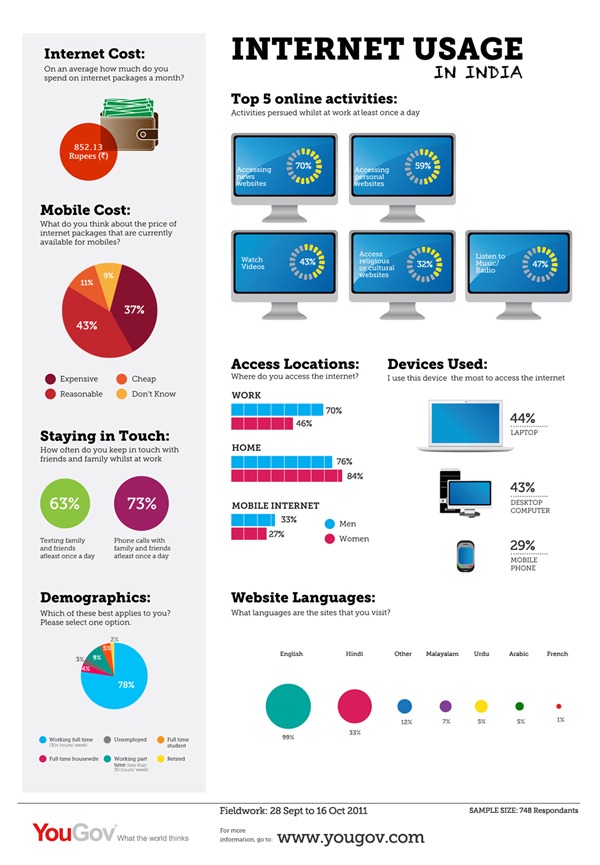 Thanks Nabeel Naz for tip