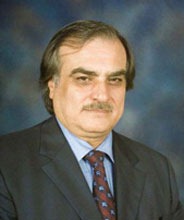 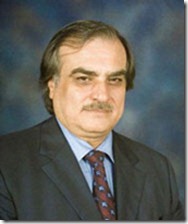 “Mr Walid Irshaid’s election to the board adds to the leadership support that Sheikh Mohamed bin Isa Al Khalifa, Group CEO of Batelco Group, is now extending to SAMENA as its chairman,” said Chief Executive and Executive Managing Director SAMENA, Tom Wilson. “SAMENA is making strides on multiple fronts, of interest to our operator membership, and Mr Irshaid’s leadership and experience in the regional ICT are precisely what SAMENA’s membership will gain from.”

“It is a great honour for me to have been entrusted with this esteemed position,” said CEO and President PTCL, Mr Irshaid. “This new honour for PTCL actually reflects SAMENA’s recognition of our company’s frontline role in fostering and leading the telecommunications revolution in Asia.”

In his capacity as vice chairman of SAMENA, Mr Irshaid will aid SAMENA’s relationship-building efforts with policy circles in the SAMENA region.

“As SAMENA Vice Chairman, I envision this as a great opportunity for PTCL to expand its outreach with both regional and global players thus, putting Pakistan firmly on the international map as a global telecom market leader,” said Mr Irshaid.

An international information and communications technology (ICT) expert, Mr Irshaid has more than 30 years of professional experience in the Middle East, North Africa and South Asia regions. Throughout his career, he has led a multitude of high-value telecom projects in several markets. His previous international stints include Emirates Telecom (Etisalat), Datanet (Lebanon), Paltel (Palestine), and FLAG (Middle East and North Africa).