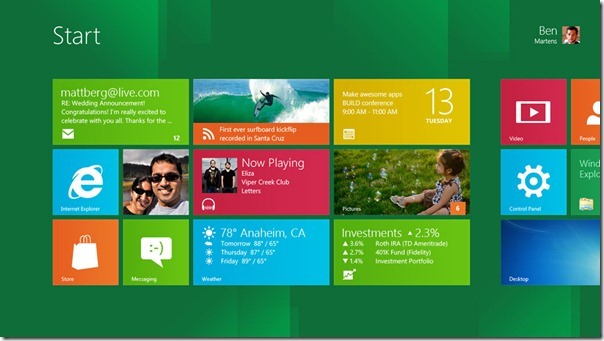 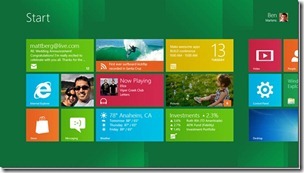 Earlier this month, Microsoft confirmed that it would be releasing a beta of the Windows 8 operating system in February next year, a month behind the rumored January launch.

The news was shared during the introduction of the Windows Store, which will also be launched along with the operating system.

With a 500 million Windows users base, Microsoft is well placed to trump both the Apple and Android marketplaces if they play their cards right. To attract developers, Microsoft is offering a better revenue split model of 70/30 to developer and Microsoft. But once the app makes $25,000 in sales, the share slides into the developers favor at 80/20.

Further features of the store include fully functional trials of apps and the ability to develop apps in HTML 5, Javascript and the C languages. When the store launches it will only offer free apps which have been submitted by invitation but Microsoft is holding a competition for developers to be the first ones inside the store and is offering Azure hosting and a developer tablet as rewards.

Windows 8 is the latest Microsoft offering and will sport plenty of new features to convince you to make the switch from your current OS. Here’s a rundown of its main features:

Windows 8 will sport a brand new interface. Forget the menus, windows, frames and everything else. Now the screen only has content in a tile based format. It’s geared towards touch based hardware like tablets and Smartphones but you can switch to a traditional desktop with one key press if you are using it with a keyboard and mouse.

Everything that runs on Windows 7 will run on Windows 8. But for that you will have to switch to a different in-built UI. The backwards compatibility will probably be available for all editions of Windows 8.

It could be viewed as a replacement to the traditional start menu bar in Windows 7 and earlier versions. It provides a quick way to access important parts of the operating system. By default, the sidebar has five charms. Search, Share (quick access to social networking sharing apps), Start (lets you return to the start screen), Devices (displays connected hardware) and settings.

Windows 8 will be more secure than previous versions of Windows. The native Windows Defender solution will be upgraded to include protection against malware and viruses, and according to tests by security experts, it works. Login systems have been updated as well. Users can select a picture and access will be granted only if the image is tapped or touched in the right order. This combination of pictures and gestures will work alongside text passwords.

Windows 8 will use a fast startup mode which is a combination of traditional booting and resuming from hibernation. What that means is Windows 8 can boot-up in 8 – 9 seconds, compared to start-up times of 45 seconds to several minutes in previous versions.

Microsoft surprised everyone when they announced that the Windows 8 system requirements will be even lower than Windows 7. Exact minimum specs are:

These are only few of the features Windows 8 boasts; all in all more than 300 changes/new features have been introduced.

You could always grab the developer build from the this link: http://msdn.microsoft.com/en-us/windows/