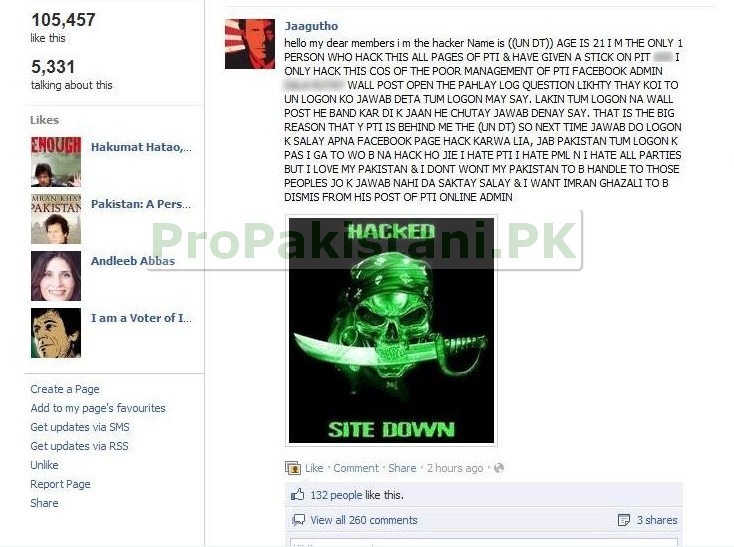 21 Years old self-proclaimed hacker, reportedly from Karachi, who is claiming to have hacked around or more than 30 Facebook fanpages of Pakistan Tehreek-e-Insaaf had uploaded his picture on one of PTI Facebook Page to reveal limited information to the public.

According to the message posted on a PTI Facebook page, before it was taken down, Hacker called himself “UN DT” and showed that he’s in Karachi.

According to screenshots, exclusively shared with ProPakistani, hacker took the responsibility of hacking all pages of PTI and he did so because PTI administration didn’t allow fans to post questions on pages’ walls, restricting fans from asking anything from PTI.

Hacker disassociated himself from any political party and demanded that admin of PTI’s Facebook pages should be terminated.

Here’s the message he posted: 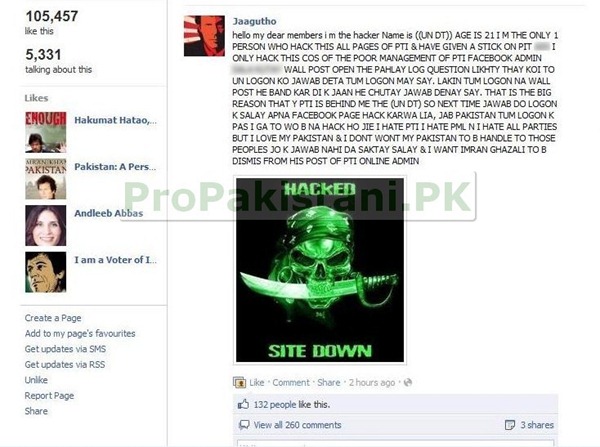 In another post, hacker uploaded him blotted image, which can be used for the trace. Check below: 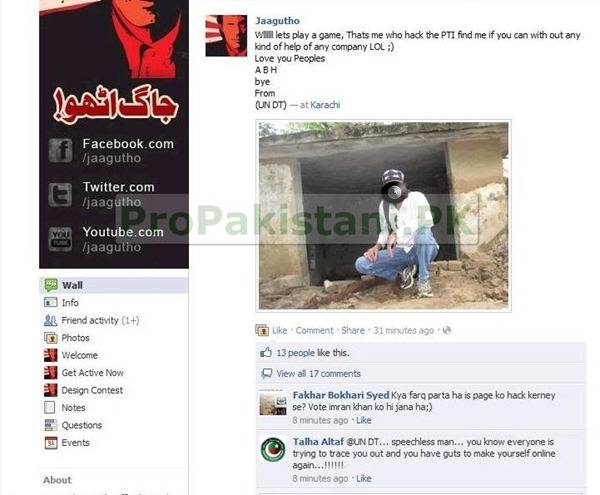 Security experts while commenting on the screens said that hacker could be a script kiddie of Pakistani origin. They overruled the possibility of political involvement but said that hacker seeks quick fame.

They said that UN DT is a new name for them. “Hacker could be misleading people about his age and location to distract authorities concerned”, they added.