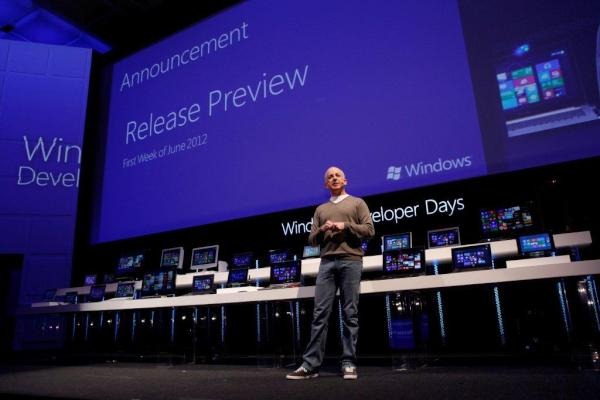 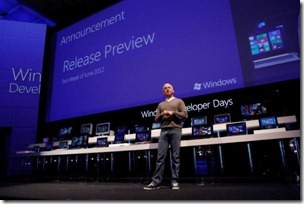 Microsoft today announced the availability of the Windows 8 Release Preview, the next milestone of the highly anticipated Windows 8 operating system.

Available for download today in 14 languages at http://preview.windows.com, the Windows 8 Release Preview delivers a fast and fluid experience, along with a new user interface that responds equally well to touch as it does to keyboard and mouse.

Since the February release of Windows 8 Consumer Preview, which was downloaded more than 1 million times in the first 24 hours, Windows 8 has become the most tested Microsoft operating system of all time, and with today’s release, it enters its final phase of development before it releases to manufacturing.

Windows 8 Release Preview delivers new apps from Microsoft and partners. Highlights include Bing Travel, News and Sports apps, as well as Gaming and Music Xbox apps that integrate with your Zune pass.

The Windows 8 Release Preview also features notable improvements to the Mail, Photos and People apps that initially debuted with the Windows 8 Consumer Preview. In addition, Microsoft has worked closely with its partners to deliver apps from around the world through the Windows Store.

Beyond the new apps from Microsoft and partners, customers testing the Windows 8 Release Preview will also experience tens of thousands of refinements across the product, such as increased personalization options for the Start screen, improved multimonitor support, refinements to the way people find and download apps through the Windows Store, and new Family Safety features.

The new Internet Explorer 10 redefines browsing, particularly for touch-enabled devices. A touch-friendly and power-optimized Adobe Flash Player is now integrated into Internet Explorer 10, and it is also the first browser to feature Do Not Track “on” by default, giving customers more choice and control over their privacy.

The minimum requirements are:

There may be additional requirements to use certain features like Snap and Touch based gestures though.