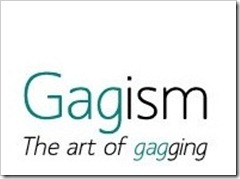 Gagism.com, a blog co-founded by Farrukh Zafar and Salman Saeed, recently got acquired by an Australian firm at a whooping Rs. 10 million valuation, tells us the team that is now working on a new venture.

Farrukh Zafar, who left his remunerative job at LG Pakistan to dedicate his efforts for Gagism, tell me that the idea of selling Gagism hit him when blog traffic dipped down to 400,000 page views per day, while it had been serving a million hits per day, in the past.

Soon enough, Farrukh told me, the blog was put up on an online listing for sale, which eventually took them only two weeks to get the whole deal done.

“The funny thing is; the reason for selling the site – low traffic, had flown away in two week’s time and we were back up serving around 600,000 page views daily; but by that time, the deal had entered into serious phases, and the lure of a 10 million Rupees, kept us going in the acquisition’s direction”, commented Farrukh.

Gagism.com is a community driven blog that hosts comics, jokes and funny images. A footer published on blog reads: “Gagism is a movement to heal wounds, to fight sorrow and to bring out the jokers in us”.

Gagism had 6 team members including Farrukh and Salman. They all are now working on a new venture after registering a company in Dubai. Farrukh said that they don’t want to unveil their upcoming project at this time.