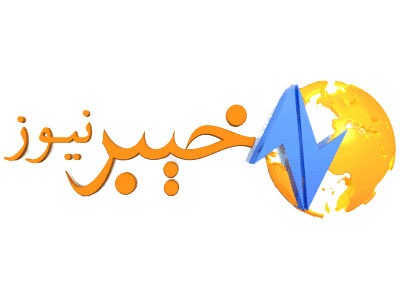 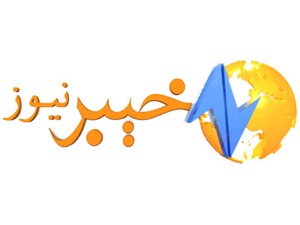 Official website of Khyber News TV is hacked and defaced by Pak Cyber Pyrates, that’s what they call themselves, to protest against inadequate or no coverage of Muslim Killings in Myanmar (Burma) on Pakistani media, mainly the News TV channels.

This is second instance of hacking and defacement of a Pakistani News Channel website in one week.

Earlier, News One TV website was hacked, for same reasons. Hacker from same team called “No Swear” had defaced News One Official Website. No Swear, and hackers of Kyber News TV have demanded TV channels to cover Muslim Killings in Burma instead of covering less sensitive events.

It is likely that more media websites are going to get defaced in coming days for improper coverage of Burma Muslims.

Nothing has been harmed on Khayber News website, but just the index page was replaced. Khyber News TV is currently reverted back to its original form. However, the mirror of defaced page can be access here: http://arab-zone.net/mirror/171364/khybernews.tv/

“To the Pakistan government stop the atrocities on Muslim population and protect their basic human rights. …..

the brutalities being perpetrated on them must stop now the world community..

the media and the so-called human rights bodies are completely silent..

If you DON’T help Myanmar Muslims we will continue our attacks on your cyber space until you take action and on the Myanmar government. 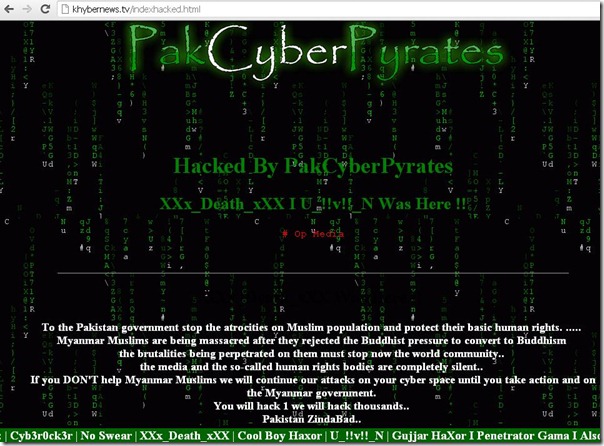 Thanks Shoaib Alam for tipping