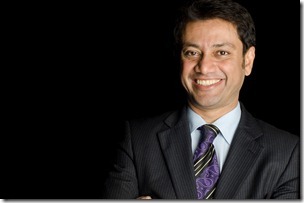 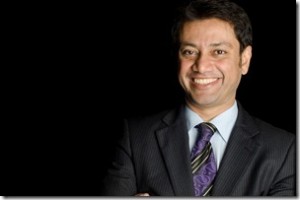 The last column that I wrote was titled ‘The future is cloudy’. I wrote this based on how cloud computing is going to revolutionize the way we will operate in the future, how it will open up access to software and services online. However, even as the Cloud promises a bright future, today there are clouds of a very different sort that appear to have engulfed the global economy. These economic thunderheads have proven especially troubling for Pakistan, particularly the ICT (information, communications and technology) and broadband sector.

There is no doubt that the global economic scenario has been quite dampening. The IMF recently revised its global growth rate from 3.9% to 3.5% for the next year. Global FDI (foreign direct investment) rose by 16% in the last year, but is still 25% lower than its peak in 2007. Obviously, the global downturn has had a direct impact on Pakistan’s economy, which is highly dependent on FDI for growth and initiation of new projects.

Pakistan has in fact seen a steady decrease in FDI over the last four years. Meanwhile, inflation has stubbornly remained in double digits and there has been no net growth in jobs in the private sector. The Planning Commission of Pakistan has clearly stated that the economic outlook for the year remains ‘uncertain’. This is not a coincidence. 2013 will be an election year in Pakistan.

By most accounts, it is expected that a coalition government will form following the election. What all this means from a foreign investment perspective is that there appears to be enough doubt to hold off investing millions of dollars in such an uncertain environment.

It goes without saying that the Pakistani broadband industry has been affected directly by all of this. Despite demonstrating growth in overall broadband users, the fact remains that consumer demand has stagnated. This is especially true when it comes to the WiMAX industry. Due to the economic slowdown and the repercussions of the current energy crisis, there hasn’t been enough growth to sustain momentum. Faced with massive power outages, people prefer to invest in generators rather than computers. As a result, the incumbent state player, faced with the ominous threat of competition, has undercut other players to continue its monopolistic regime (and is even currently facing an inquiry from the Competition Commission of Pakistan).

Some quick background first: in 2006, the Pakistan government decided to issue licenses for WiMAX. This was done because Pakistan was grossly lagging behind on technological proliferation. WiMAX offered consumers newer options for broadband, with competition between WiMAX providers driving technological development. Moreover, WiMAX as a telecoms technology allowed the government to move closer towards bridging the urban-rural divide by providing smaller towns with internet connectivity through USF (United Services Fund) initiatives. This was the first step in establishing a flourishing broadband industry. Since then, the hope has been that consumers would automatically follow once the networks exist. However, the global economic meltdown impacted everything thereon.

So is everything lost now?

On the contrary. WiMAX continues to grow in semi-urban areas where there is less competition. The consistent growth in numbers and revenue in smaller towns compared to big cities is heartening to see. In smaller towns, consumer churn is lower than bigger cities, but the increase in numbers isn’t there yet. Although consumer growth remains elusive and may take a couple of years to take off, WiMAX has matured as a technology and there are many applications for the government which can help the economy and the country at large.

One such application is for managing electricity consumption through WiMAX-based SMART Grid technology. This has already demonstrated great results in several US cities. Using SMART Grids, each home on the grid would be installed with an electricity meter which is connected to the internet via WiMAX. Using these SMART meters, the government and electricity suppliers and distributers can identify the type of connection and whether it is commercial or residential. This will allow suppliers to accordingly determine the distribution of electricity. Currently, if commercial connections need to be shut down at any given time, the entire area faces loadshedding. With SMART Grids, this problem could be eliminated.

SMART Grids are also a great way of eliminating electricity theft. Through internet connectivity, the Grid station would be able to pinpoint the meter that is getting more electricity than what is being charged against it. Consumers would also be able to check their own electricity usage in real time, eliminating claims of false meter readings and the myriad hassles of correcting bills.

Applications for WiMAX also exist for the aviation, oil & gas, and other industries, provided our government creates a clear roadmap for development. By creating these roadmaps and implementing WiMAX technology in various industries, the government would not only enable greater efficiencies in these industries, it would also help support the growth and development of the Pakistani broadband industry. This in turn, as I have written many times in the past, would help drive economic and social development across the nation.

Yes, times are bad. But by focusing on developing the broadband industry – and helping other industries benefit from the latest telecommunications advancements – the government can ensure that this cloud too has a silver lining.