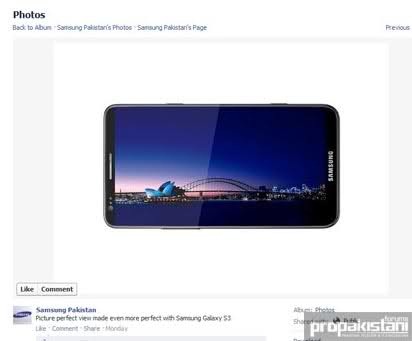 We have seen blunders happening on official Facebook pages of multinational brands before (so often for Pakistani brands), when relatively inadequate Facebook page admins post updates/pictures without researching, or let me say by heavily relying on Google.

History repeated itself yesterday, when Samsung Pakistan uploaded an image on its official Facebook page with caption: “Picture perfect view made even more perfect with Samsung Galaxy S3”

Check below the screenshot: 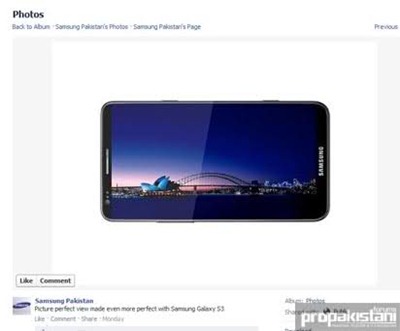 Soon after the upload, comments started to come-in, with shouts that its not Galaxy S3, rather it appears more like a cousin of Galaxy Note. Complying with the commentators (apparently without researching), the page admin edited the caption and changed Title to “Galaxy Note”.

This was when someone tipped to Engadget that Samsung Pakistan has mistakenly uploaded the image of upcoming Galaxy Note 2.

Following is what Engadget wrote:

There’s one big reason to be skeptical, which is that this exact same pic already did the rounds as a potential GS III image before that flagship was launched. The only difference here is that it’s on an official outlet, which implies the jpeg in question could be sitting on a member of staff’s hard drive.

Story was naturally picked by the whole internet. The Verge was, however, able to settled the confusion by identifying that this was a concept design for Samsung Galaxy S3 posted on a Russian website.

Even worse, Samsung Pakistan updated following status, revealing that the mistake was on part of poor Googling – yes official page of Samsung Pakistan uses the mighty Google for its images. Check below yourself: 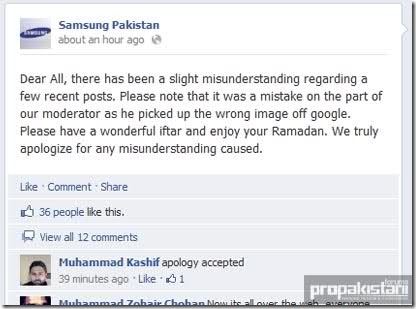