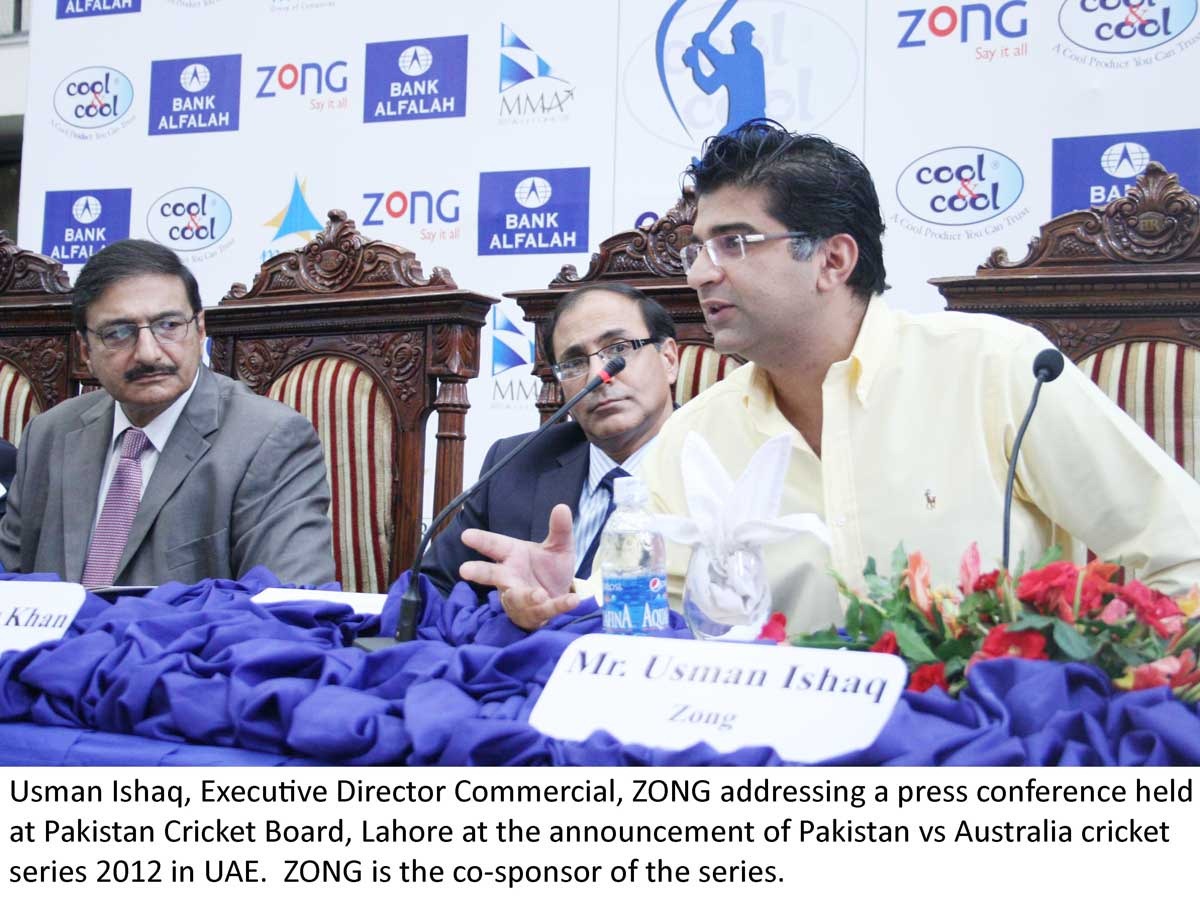 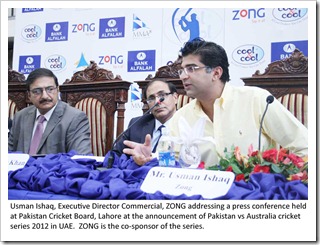 Zong has announced the support for 3 one-day and T20 matches series between Pakistan and Australia. The telecom company is a co-sponsor of this enthralling event to be held in Dubai, Abu Dhabi and Sharjah during August and September this year.

Zong has a long association with sports and has previously taken many initiatives to support sports’ activities in Pakistan including their recent collaboration with Manchester United Football club. The company conducted trials in major cities of Pakistan and selected 32 outstanding players within the age bracket of 13-17 years for training at MU Soccer School, Abu Dhabi.

Usman Ishaq, Executive Director Commercial of ZONG says, “Sports and ZONG have a natural relationship, which is growing stronger day by day. Through our strategic partnership with Manchester United, we are the leading corporate supporter of football in the country. As far as cricket is concerned, we have been sponsors of domestic T20 cricket in the past. And now, starting with this series, we are seriously looking at greatly enhancing our support to this great game.”

The Abu Dhabi one-day match, scheduled for Friday, August 31, is expected to be watched by a capacity crowd as Abu Dhabi is home to many Pakistani expatriates.

According to reports 4,000 tickets have already been sold out by the organizers. Similarly cricket fans in Pakistan are also eagerly looking forward to the series. The ODIs of this series will start at 6 pm local time to counter extreme daytime heat in the UAE while T20s are scheduled to begin at 8pm.