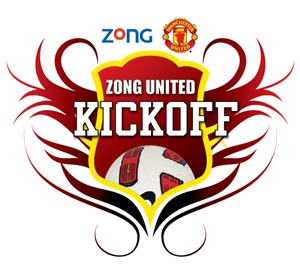 Zong has entered into next level of its partnership with Manchester united. As part of this partnership, Zong will be sending 32 young boys to Manchester United Soccer School for a 1 week training camp. ZONG is giving this first of a kind opportunity of being a hero to the football fans of Pakistan.

If you want to be one of 32 lucky footballers, then read on to know complete details on how to get onboard to fly to Manchester United School.

Zong will be identifying schools teams with max number of 16 players per team. First 120 teams to register will then be given a chance to prove their mettle by competing against each other.

For the selection of players, school soccer coach/PE coach will be consulted by ZONG Manchester United Staff at schools. 16 players identified by the coaches will then come together to form a team.

In order to help the young individual players, a team briefing will be organized. In which they will be provided guidance for the complete registration process along with the dates of all the fixtures.

These trials will be conducted in major cities of Pakistan which includes Karachi, Lahore, Islamabad/ Rawalpindi, Multan and Faisalabad. A Team of professional coaches will conduct these skilled based trails and select the best players to form 8 teams, consisting of 16 players in each team. 3 teams will be formed in KHI, 2 in LHR, 1 in ISB/RWP, MUL and FSB each.

Following will be the trials format:

Individual players need to have their registration confirmed after their data is registered on the portal. Once player is registered he will receive a message on their ZONG-Man Utd SIM with trail date and times. Players will also receive trial format and process, which needs to be followed.

Football matches will be held among all these teams and the winning team comprising 16 players will be sent to Manchester United Soccer School. Apart from these 16 outstanding players during the matches will also be going to the school.