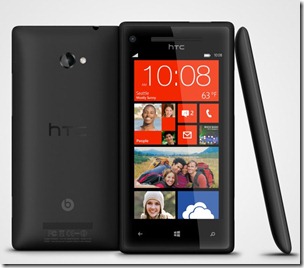 HTC has unveiled first of its windows phone 8 smartphones, with 8X being the flagship device while 8S as dual core smartphone for those with slightly lower budgets.

HTC 8X is powerful smartphone with two Krait cores clocked at 1.5GHz coupled with 1GB of RAM. On top of it there would be a Adreno 225 GPU to smoothen the graphic experience.

Here is the complete rundown for HTC 8X specifications:

No words were said about the pricing but it was announced that HTC 8X will be available soon, i.e. not later than November 2012. 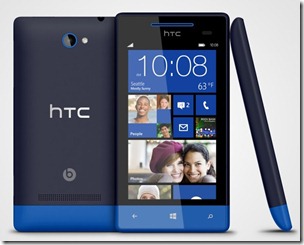 More compact than of HTC 8X, the HTC 8S comes with lower specs and of course at a better price.

This dual core powered smartphone is going to fill the mid to higher range slot in the market with more focus on price conscious customers.

Here are specs for HTC 8S:

No words were told for pricing and availability of HTC 8S.