It maybe recalled that ICH will streamline all incoming international traffic through a centralized gateway (operated and maintained by PTCL) through which all LDI operators will share the revenues for international incoming traffic based on their current market share with fixed termination charges.

Competition Commission has expressed its concerns relating to implementation of ICH and has said that commission could litigate the matter if ICH is implemented.

However, PTA – backed by Ministry of IT – went ahead with the plan and ICH is principally considered operational starting today.

All public listed companies have notified their shareholders (and stock exchanges) of their participation in ICH regime.

We are receiving reports from all over the world indicating that rates for calls to Pakistan increased by 300 to 800 percent, depending on respective state and network.

Skype has also increased per minute charges for calls to Pakistan, which is now charging 14.5 $cents per minute as standard tariff. Skype has also taken back special calling plans (bundles) that it used to offer for Pakistani calls.

According to industry experts, monthly incoming international traffic to Pakistan is around 1.5 billion minutes per month, which will translate into US 120-150 million dollars of increased burden on Pakistani expats for making calls to Pakistan.

CCP has said that it is receiving complaints from overseas Pakistanis over the issue of ICH and increased call charges for making calls to Pakistan.

Economic impacts are yet to be fully calculated with the implementation of ICH.

CCP as a anti-competition body can’t restrict the government from implementing any policy, such as ICH in this case. This doesn’t come under CCP’s mandate to issue show-cause notice or to penalize a government body, such as Ministry of Information Technology.

However, at the same time, CCP is not entitled to issue show-cause notice to a government body to cap it from issuing a policy directive. Hence there’s no way it can restrict private companies from implementing ICH, which is covered by a policy directive. 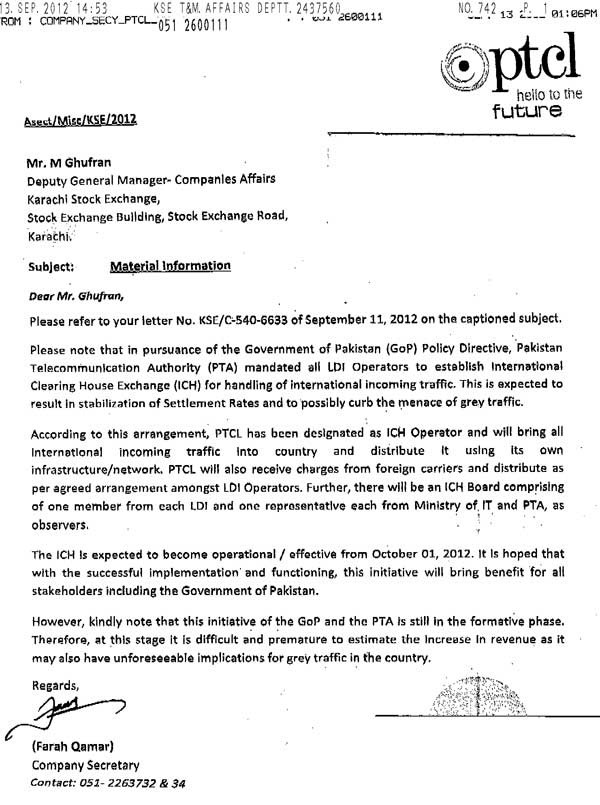 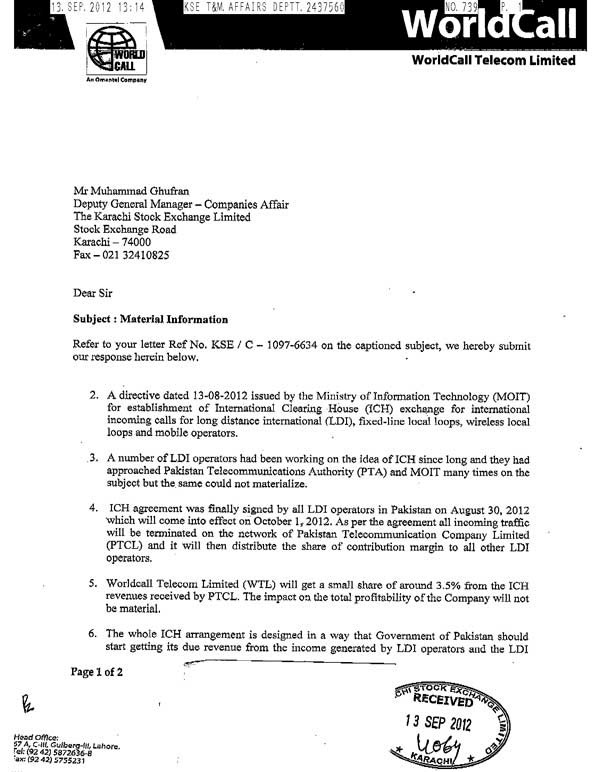 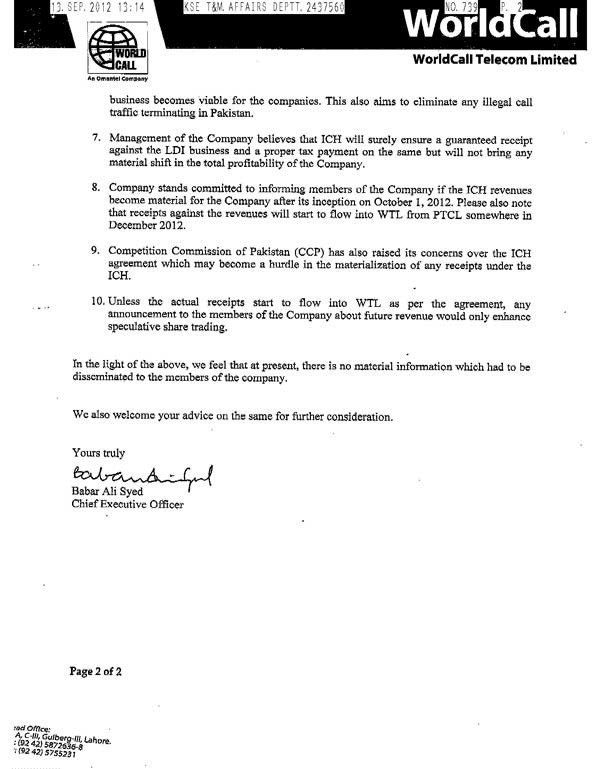