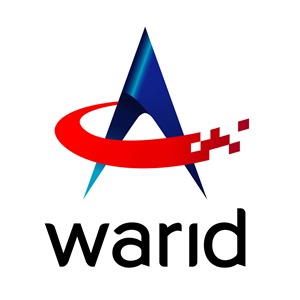 Younis Iqbal Sheikh, formerly the Vice President Sales at Ufone, has been appointed by Warid as Chief Commercial Officer, we just got this confirmed with sources in Ufone and Warid Telecom.

Younis Sheikh, who was once in talks with Mobilink for VP Sales’ position, was given the headship of special projects at Ufone earlier this year. Before this he has remained the chief of Ufone sales for three years and was once nominated for COO’s slot at Ufone.

Younis Sheikh’s appointment as Chief Commercial Officer of Warid will be responsible for sales, marketing and strategy functions of the company.

It merits mentioning here that role of current GM commercial of Warid was set limited a week ago or so, which now makes more sense with the CCO’s slot in place and appointment of Mr. Younis Sheikh.

Over the times, Warid has been aggressively grabbing the top notch industry professionals mainly from competition. We will have to wait to see the difference that these new changes can bring in Warid’s customers’ count.

A statement issued by Warid said that Mr. Sheikh, as CCO, will have overall responsibility for the Marketing, Sales and Customer Services functions at Warid Telecom. Mr. Suhail Jan and Mr. Nauman Fakhar will directly report to the CCO in their capacities as VP Sales & Distribution and Head of Customer Services respectively.

“Considering the organizational focus and direction to establish Warid as a formidable market player, his broad experience and thorough understanding of the Commercial functions, coupled with his leadership skills will add great value to the company” said Mr. Muneer Farooqui, CEO Warid Telecom while commenting on the appointment.