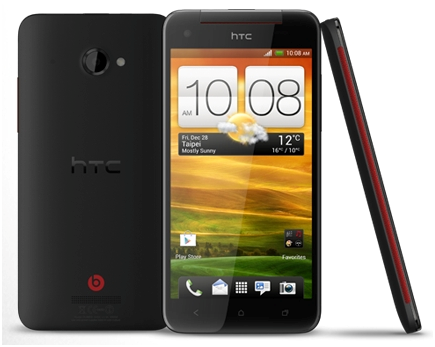 Earlier in the month of October, HTC had unveiled the first smart phone in the world with a full-HD display, HTC J Butterfly and now HTC has announced the GSM variant of the J Butterfly, which it is calling HTC Butterfly designed to run on GSM networks worldwide.

On hardware front, the HTC Butterfly runs on Qualcomm’s Snapdragon S4 Pro quad-core processor clocked at 1.5GHz Krait CPU and Adreno 320 GPU with 2GB RAM and 16GB of internal storage along with microSD card(expandable up to 32 GB) for good measure. HTC has not revealed what version of Android it runs but it will likely to run on Android Jelly Bean 4.1 with HTC Sense 4+ with battery capacity of 2020 mAh battery.

On board, the Butterfly features 8-megapixel camera with a 28mm lens, F2.0 aperture and a backside illuminated sensor, which should give it better low-light performance. There is the 2.1-megapixel front camera that can shoot videos in 1080p resolution. As most of top-end HTC smart phones, HTC Butterfly with come with a dedicated ImageChip for zero shutter lag and faster image processing. HTC has also added five levels of flashlight that is automatically set depending on the distance from the subject.

HTC has not revealed pricing and worldwide availability for this device, as of now.