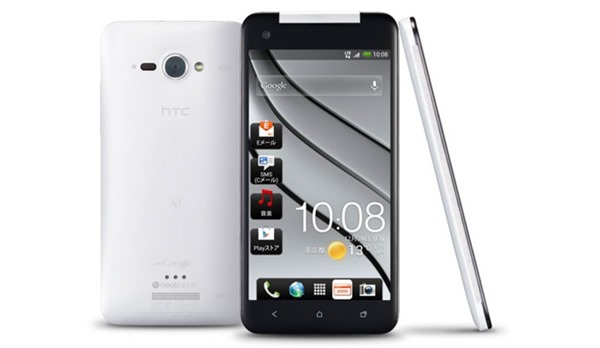 The widely rumored and oddly named HTC J Butterfly phone with 5 inch full HD display has now been made official. This is the world’s first smart phone with 1080 pixel display boasting sharper and delicious screen quality.

HTC J Butterfly, weighing 140 grams will sport a 5.0-inch, super LCD3 with a resolution of 1920 x 1080 and a startling pixel density of 440 ppi. LCD2 in HTC One X was considered as best panel in market but this new LCD3 is going to be our next champion in displays. Despite its hefty screen, the device is relatively slim at 9.5mm.

HTC J butterfly is powered with quad-core Qualcomm APQ8064 Snapdragon S4 processor having 1.5GHz. It carries 2GB of RAM with 16GB internal memory along with a microSD card slot. It will run Android 4.1 Jelly Bean with 4 sense on top. However, HTC is promising battery of 2,020 mAH which seems enough but not sufficient for such a large display.

It has an impressive rear camera of 8 Mega Pixel at back with 1080 p video recording and a 2 Mega Pixel camera on the front.

Connectivity options for this device include HDMI out, microUSB, Infrared, Wi-Fi, Bluetooth 4.0, and NFC.

The new phone will be available in white, black, or red and will hit Japan in December this year. HTC has not announced yet its plan for releasing this super phone worldwide.