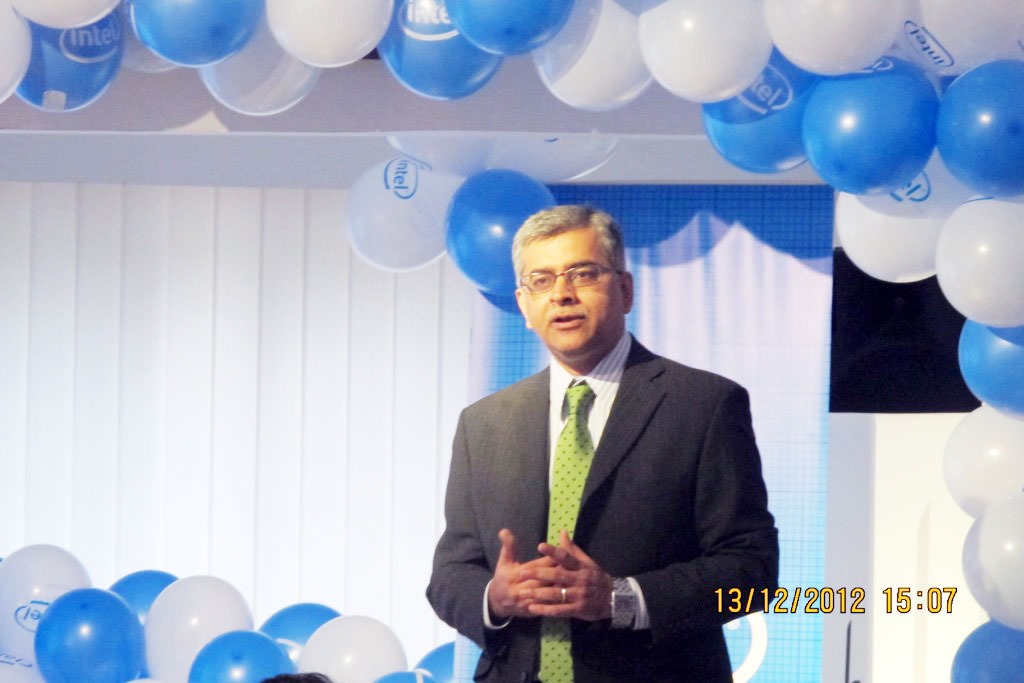 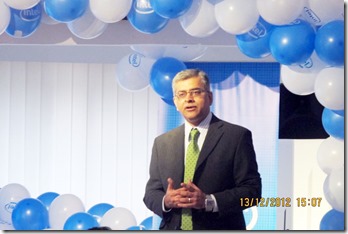 Intel Pakistan yesterday held its year end session to brief the media on its achievements in 2012 while highlighting company’s roadmap for the upcoming year.

Naveed Siraj, Country Manager for Intel in Pakistan, in his keynotes said that 2012 was an exciting year for Intel in Asia Pacific region.

He said that evolution in technology from the region made possible for the world to see devices with an immersive and personal computing experience, while Intel remained a driving force behind this innovation.

Mr. Siraj stated that Intel made a leap forward by unveiling next generation processors, also known as third gen Intel Processors, that changed the way people use and interact with computing technology from interactive signs, smart cars to smartphones, tablets, Ultrabooks™ and servers.

Intel also continued its work to help transform Asia into a global powerhouse through a focus on education, encouraging the adoption of 21st century skills and investing in Asian start-ups and entrepreneurs across the region.

Key achievements of Intel in 2012 include the launch of a new 32nm Intel® Atom™ Z2760 processor – specifically tailored for Windows Tablets – which came into existence after a research conducted by Intel showing that the ability to navigate through content using a touch screen makes people feel more empowered and in control.

In 2012 Intel made smarter, faster and more secure computing possible through the integration of revolutionary technology. The first processors built on Intel’s innovative 22nm 3-D tri-gate transistors came to market with the launch of the 3rd Gen Intel® Core™ processor family. As a result Ultrabooks and other PC systems are now equipped with new technology that enables faster file transfers, super-quick start times, quick connections and greater security.

Asian technology brands such as Acer, Asus, Lenovo and Toshiba continued to play an increasing innovative role and were among the first to launch Ultrabooks and Windows 8 ready tablets With over 140 designs in the pipeline and 70 Ultrabook systems with Intel’s 3rd Gen Intel Core processors now in market, Intel will continue to build a strong pipeline of Ultrabooks for customers this year and beyond.

Intel unveiled that approximately 40 different Ultrabooks with touch and running Windows 8 will come to market as we exit 2012 and head into 2013, of which ten of them are convertible designs, marrying the best of a tablet and an Ultrabook.

Mr. Naveed Siraj emphasized that Intel is also focusing on Smartphones get handheld devices powered by Intel processors. He said that the first smartphones with Intel Inside® launched across high-growth markets such as India, China, Europe and Latin America.

Intel India helped with the launch of the first Intel-based smartphone, the Lava XOLO X900 based on Intel® Atom™ Z2460 processor in April. Other customers introducing Intel-based phones this past year include Lenovo, Orange, Megafon, Motorola Mobility and ZTE. All of the Intel-based designs have delivered high performance capabilities with very competitive low power and battery life.

Without mentioning the figure, Intel expects to capture majority of share in smartphone market by 2015.

Intel said that 2012 was a growth year for “big data” as the term attracted more interest from organisations than ever before. The Intel® Xeon® E5 processor family launched in March offered an eight-core option for the first time to help organize and crunch this data.

Intel predicts that 15 billion devices will be connected to the Internet by 2015; this will cause tremendous growth in data and a host of new IT challenges. Intel offers organisations and high performance computers the processing power to extract trends and meaning from their data with the Intel Xeon processors.

Intel has revealed that thirty-six teams from Asia were selected as finalists for the Intel International Science and Engineering Fair. This year the competition attracted more than 1,500 talented high school students from around the world to compete for over US$3 million in prizes and grants.

Intel looks at 2013 as a time when 300 million new consumers will become digitally aware in just Asia Pacific, a market which has grown rapidly in recent past to surpass the developed markets due to economic instability.

Asia Pacific, the home of over 45 percent of world’s youth, amount to around 700 million people below the age of 25, many of whom have grown up in a world of always-on connectivity. Likewise, as Asia’s middle-class continues to expand fast, with a propensity to adopt technology and high expectations of connectivity.

Intel sees this humongous population shifting to touch and smartphones, bypassing the conventional input and computing methods. Tablets, convertibles and new devices will enter the market en-mass, blurring the boundaries between PCs and tablets.

As mobile adoption rates continue to skyrocket across Asia, Intel believes that this will allow people to create, share and consume content anywhere, anytime.