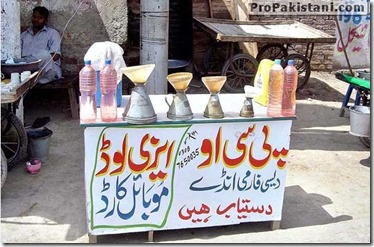 Based on recent directions from Pakistan Telecommunication Authority, retailers are currently not allowed to sell SIMs to mobile phone users.

This situation has left retailers without sales’ commissions – impacting their major revenues; additionally they are worried about the stock of SIMs that is still not being recalled by the operators.

In a letter published on ProPakistani last week, a retailer showed concerns over the stock of SIMs he had, while complaining that cellular companies aren’t clarifying the future of retailers’ money invested in stoked SIMs.

Industry sources suggest that there are 20 million SIMs, stocked with over 200,000 retailers across Pakistan.

Officials of cellular companies, who wanted to remain unnamed, told ProPakistani that cellular companies want retailers to get back on the sales grid, however, nothing has been decided yet. This delay in decision making is due to unclear directions from PTA.

An industry analyst opined that cellular companies can’t go with just 1,000 service centres and franchises throughout Pakistan. He said that service centres and franchises are clearly not enough in numbers to meet the demands of a market with over 120 million subscribers. He said that retailers will be allowed to sell SIMs but only after formulating new SOPs, that are likely to be finalized by February 28th, 2013.

Market insiders tell ProPakistani that regulator is considering to make biometric verification of customers mandatory for new sales through retailers. For which operators will be asked to deploy biometric solutions at retailer outlets, while those retailers without such solutions won’t be allowed to make new sales.

It is said that cost of biometric solution, if ever deployed, is likely to be paid by retailers, hinting that number of retailers will significantly go down from 200,000 to somewhere around 30,000-50,000 across Pakistan.

Analysts say that this will be an ideal situation for cellular companies, especially in a market that is nearing saturation. They said that cellular companies were to down-size retailers, in any case, due to lowering sales and there won’t be a better way of achieving it than the one we are discussing here.

Pakistan Telecommunication Authority, according to its directive, is set to devise strategy for regularization of illegal SIMs by February 28th, 2013, for which authority is already in consultation with industry to formulize the plan for including retailers in process of selling SIMs.

We will have to wait to know more about the future of retailers.