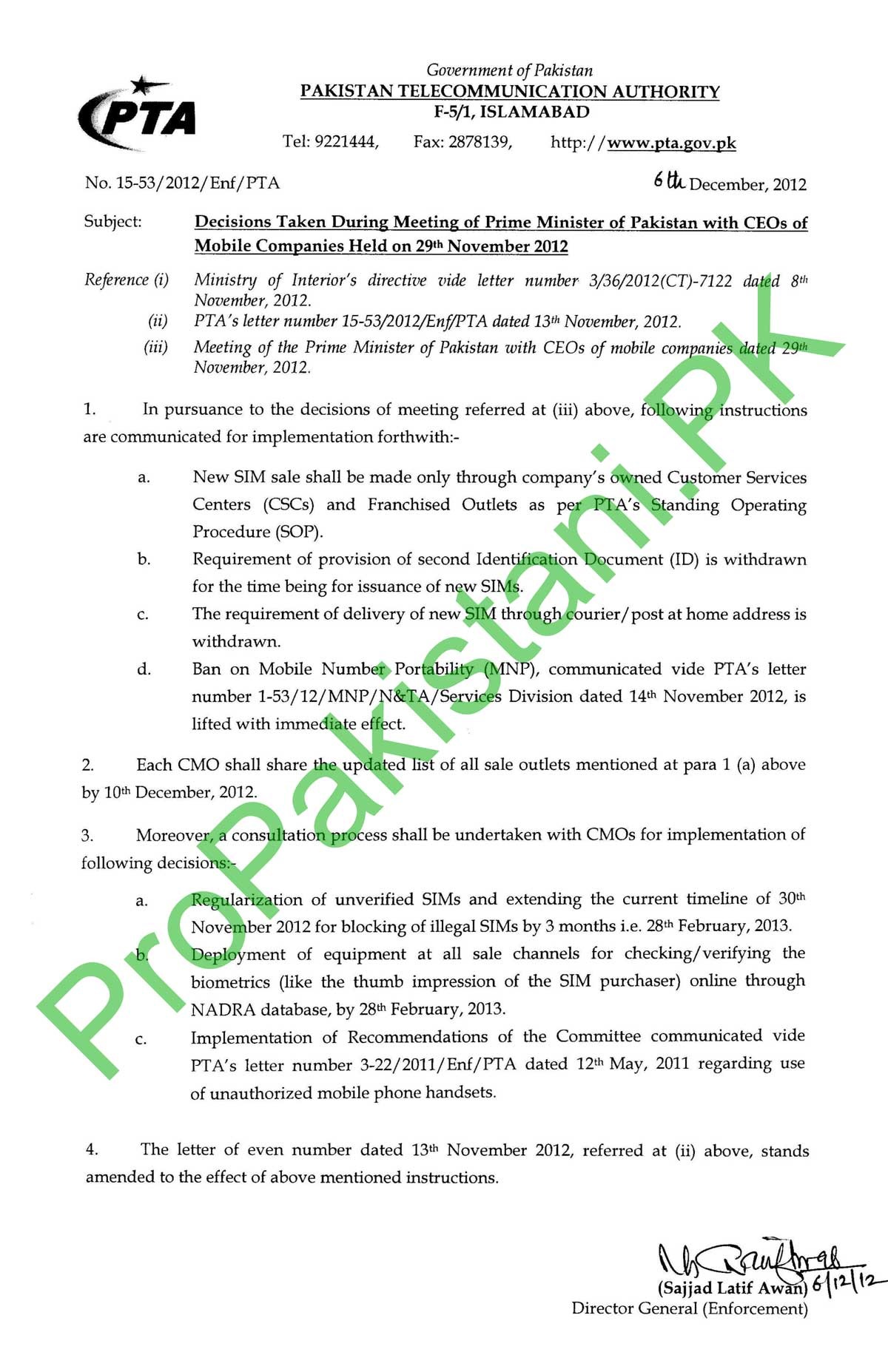 Pakistan Telecommunication Authority has finally issued the notification for withdrawal of its November 13th, 2012 directive, explaining new rules for sale of new SIMs and lifting ban on MNP.

Letter issued to all cellular companies of Pakistan (also produced below) said that new SIM sales is allowed through company owned service centres and franchises only. PTA said that all these sales must follow standard operating procedures defined by the authority.

Notification said that cellular mobile operators will be consulted to regularize the unverified SIMs in the market, and deadline for elimination of unverified SIMs is extended till February 28th, 2013.

Regulator, in its letter, said that mobile operators should deploy systems at their service centres and franchises for recording thumb impressions of new subscribers by February 28th, 2013.

It maybe recalled that cellular companies had to halt new sales, SIM replacements and MNP requests due to regulator’s earlier directive of November 13th, 2012. After Raja Parvez Ashraf, Prime Minister of Pakistan, reversed all those directives, cellular companies were waiting for notification from PTA to start their sales again.

Cellular companies confirmed that they have received the letter from PTA and that their sales have begun after a break of 7 days. 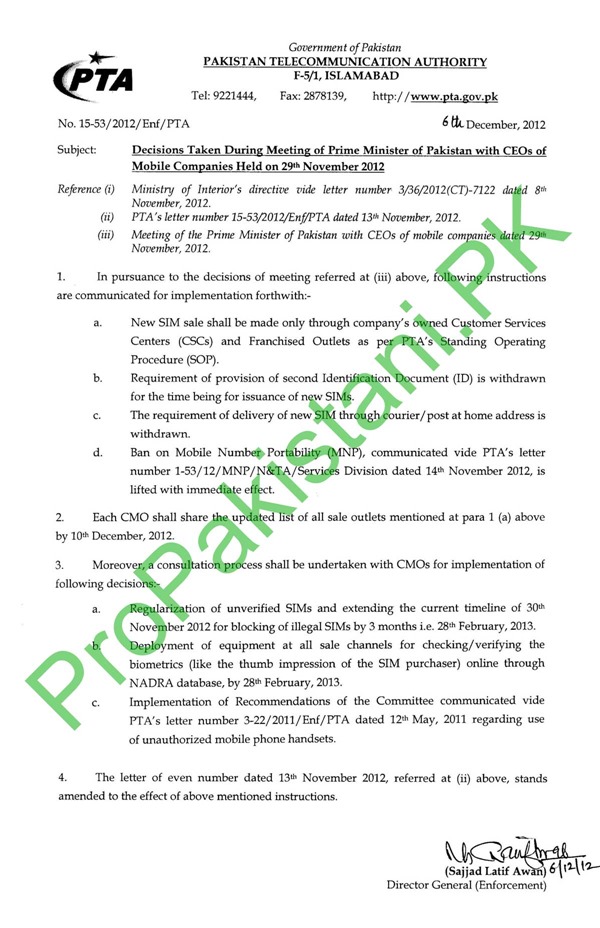