The EBITDA margin improved by 2 percentage points mainly due to revenue growth and positive contribution from financial services and increased on-net traffic. EBITDA in local currency increased by 21%.

Telenor said that Financial services contributed to 3 percentage points of the overall growth at Telenor Pakistan.

Telenor said that revenues in forth quarter 2012 were partly offset by the decline in ARPU, forced network suspensions and directed closure of retailer sales channel during December.

ARPU in local currency decreased by 5% attributable to multiple government enforced network closures and the reduction of incoming international traffic. 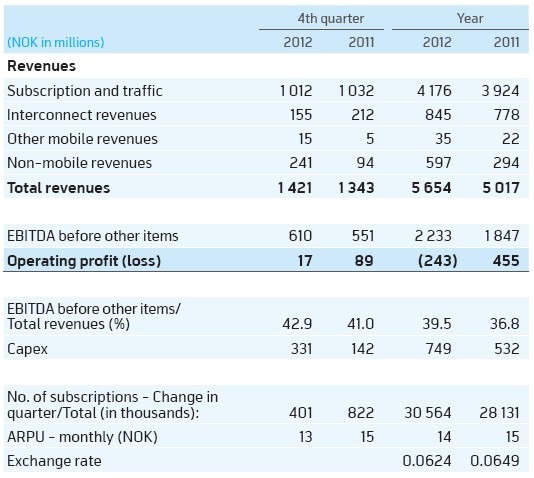