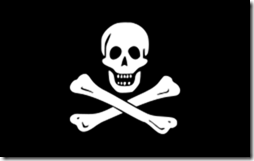 According to a Microsoft-commissioned study conducted by International Data Corporation (IDC) the chances of infection by unexpected malware are one in three for consumers and three in 10 for businesses. As a result of these infections, the research shows that consumers will spend 1.5 billion hours and $22 billion identifying, repairing and recovering from the impact of malware, while global enterprises will spend $114 billion to deal with the impact of a malware-induced cyber attack.

The IDC study, titled “The Dangerous World of Counterfeit and Pirated Software was released today as part of Microsoft’s “Play It Safe” campaign, a global initiative to bring awareness to issues related to software piracy.

The global study analysed 270 websites and peer-to-peer (P2P) networks, 108 software downloads, and 155 CDs or DVDs, and it interviewed 2,077 consumers and 258 IT managers or chief information officers in Brazil, China, Germany, India, Mexico, Poland, Russia, Thailand, the United Kingdom and the United States. Researchers found that of counterfeit software that does not come with the computer, 45 percent comes from the Internet, and 78 percent of this software downloaded from websites or P2P networks included some type of spyware, while 36 percent contained Trojans and adware.

“The cybercrime reality is that counterfeiters are tampering with the software code and lacing it with malware,” said Salman Siddiqui, country channel lead, Microsoft Pakistan. “Some of this malware records a person’s every keystroke allowing cybercriminals to steal a victim’s personal and financial information or remotely switches on an infected computer’s microphone and video camera, giving cybercriminals eyes and ears in boardrooms and living rooms. Through the ‘Play It Safe’ campaign, we remind consumers and businesses all over the world and especially in Pakistan to play it safe and investigate about the products they are purchasing”, he added “The best way to secure yourself and your property from these malware threats when you buy a computer is to demand genuine software.”

Speaking about the research, Sultan Hamdani, secretary general, Pakistan Software Houses Association for IT and ITES ([email protected]) said, “[email protected] is fully supportive of initiatives like Microsoft’s global ‘Play It Safe’ campaign which aims to increase awareness about software piracy in Pakistan and highlight the security threats that Pakistani consumers and businesses could face if they use counterfeit software”.

The following are among the highlights from the consumer survey:

The IDC white paper also explored the surprising level of end-user software installations made on corporate computers, exposing another method for the introduction of unsecure software into the workplace ecosystem.