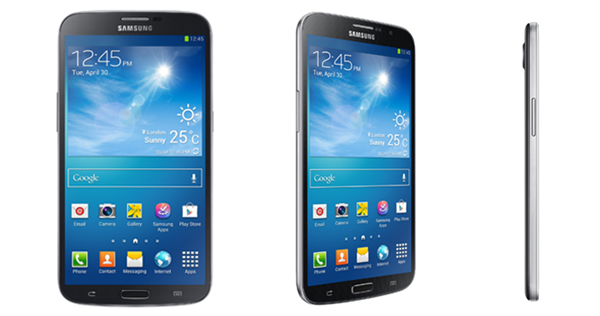 Following its tradition of covering all the empty spots, Samsung, the current leader in the Smartphone industry has unveiled yet another duo of Smartphones with incredibly large displays. The phones, Galaxy Mega 5.8 and 6.3 are also named accordingly with their sizes.

Both of these handsets are in fact so big that they can easily put the Galaxy S IV to shame. And the Note II isn’t that far either.

Here we are discussing the better of the two, the Mega 6.3 in detail.

Galaxy Mega 6.3 runs on Android 4.2.2 Jelly Bean customized with Samsung’s Nature UX. Galaxy Mega 6.3 has also borrowed some of the software tricks from the Galaxy S4. The Mega 6.3 is equipped with a 6.3 inch display on the front with 720p HD resolution. The capacitive multitouch display is protected with Corning’s Gorilla Glass.

Under the hood is a dual-core 1.7Ghz Cortex A15 processor and (an unusual) 1.5GB of RAM. The internal storage is set at 8 or 16GBs which is expandable via a microSD card slot. At the back is a 8 megapixel camera along with a 1.9 megapixel camera at the front.

Connectivity options are quite a lot too. The Mega 6.3 supports 4G LTE, Bluetooth 4.0, microUSB 2.0, USB-on-the-go, NFC, IR Blaster, Wifi Hotspot and GPS. Despite all this rich package, the phone is just 8mm thick.

Here are the full specs of the smartphone:

The phone will be available in May this year. No word on pricing has been given currently.

One thing to Note in this package is that the duo does not support the S-Pen. While one of Galaxy Note’s key selling features was this very thing, it will be interesting to see whether the Mega phones will be able to repeat its success without it. 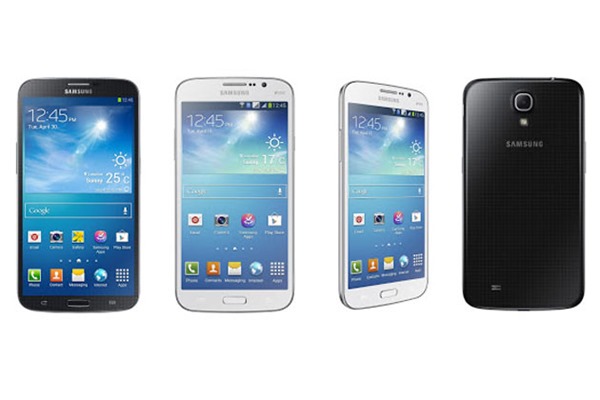 The second of the ‘Mega’ phones unveiled by Samsung alongside the Mega 6.3 was the Mega 5.8. The phone is not exactly the cheaper version of the Mega 6.3 phone. Other than the obvious screen size, the phone is behind the smartphone in a number of ways.

To start off, the phone will come with a 5.8 inch display with pretty average qHD resolution of 540 x 960 pixels, which will probably raise a lot of eyebrows. Just like the Galaxy Mega 6.3, the Mega 5.8 also follows the usual Galaxy S III design language. The phone is just 9mm thick and weighs 182 grams.

It runs on Android 4.2.2 Jelly Bean customized with Samsung’s Nature UX. Under the hood is a 1.4Ghz dual-core processor alongside 1.5GB of RAM. The amount of storage is set at 8GB which is expandable via a microSD card slot.

At the back is a 8 megapixel camera with LED flash, HDR mode and 1080p Full HD video recording. At the front is a 1.9 megapixel front-facing camera. A dual-sim version of the phone will be available too.

Unfortunately though, a lot of features found in the Mega 6.3 are missing here. The software tricks of high-end Samsung smartphones are missing here and so are the high-profile connectivity options including NFC, LTE and IR Blaster.

Here are the full specs of the Mega 5.8:

The phone will be available for release this May. Considering its specs sheet, it should be priced closer to the Galaxy Grand.