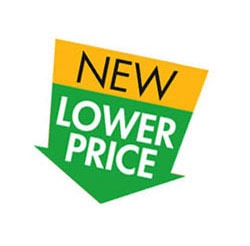 Almost all flagship phones by top manufacturers — if not anything — have got one thing in common: “steep pricing”, which is the very thing that probably scares most people away. Whether it’s the Windows Phone running Lumia 920, or the BB10 running Z10, all flagships typically start at $500. And we aren’t even thinking about the iPhone yet. Spending $1000 on something which will be declared old just after a single year, along with upgrading annually is still not something most people think of as sensible.

Thankfully though, a change has been observed in trends lately. As more and more companies have started going the Google way, the prices of flagships have plunged too. Of course the phones by the big guns are still pretty expensive but capable phones by Chinese manufacturers have really changed the scenario by 180 degrees.

Compared to the Galaxy SIV, for example, the Huawei Ascend retails for far less and the specs really aren’t bad. The same goes for Xiaomi, Meizu and ZTE’s flagships. Even QMobile’s top-of-the-line phone, the Noir A12 goes for just around Rs. 21K. How is it possible that a great tablet, the Nexus 7 costs only $200 while an equivalent Tegra-running phone over $500?

The most common recipe for keeping costs down is to use low-prove components. The Noir A10, for instance, has a dual-core MediaTek processor which can’t really be compared with a SnapDragon unit but it isn’t meant to be competing with one! It’s just enough for daily tasks but maybe not so much for playing N.O.V.A. The end product may not get particularly affected by this “quality-cut” but prices do remain low. Also the thing to realise is that a large number of people actually don’t need an octa-core processor.

Google has an even better solution of keeping prices down. Instead of making profit through hardware on the Nexus line-up, it relies on the software, i.e. the Google services. So while it makes a razor-thin (or no) profit on hardware, the money comes from the stuff that people buy from the Play Store and other services.

Xiaomi’s approach is even more interesting. Of course, it’s not Google so they neither have a gigantic app store nor do they have billions of dollars in their pocket. The company instead makes money on the accessories that it sells plus its services. If you think that doesn’t make sense then think again because the company made $2 billion in revenue last year. And before you dismiss its phones as being worthless, the Galaxy S4 too costs $236 to build but is sold for $700. Spending $700 on a thing which costs just $236 is NOT very sensible!

So the next time you shell out your money on the best smartphone or tablet available in the market, just keep this is mind that you may be paying more than 2 to 3 times the worth of the device you’re buying. And that your money might be better spent elsewhere.

Credit to Cnet for that Xiaomi way!