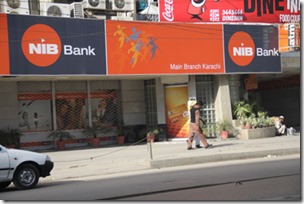 It appears that the wait for having an online payment processing platform is over now. NIB Bank has announced that it is is brining Internet Payment Gateway in Pakistan that will allow online businesses to charge their customers through debit or credit card for the stuff they will buy on internet.

Establishment of Internet Payment Gateway in Pakistan is long pending, which was first announced by PTA in 2009. After that Bank Al-falah, along with its sister concern, claimed similar deployments but nothing turned into reality.

Now that NIB has partnered with MasterCard it is likely that MasterCard Internet Gateway Service (MiGS) will finally come to Pakistan.

With this service, merchants will be able to charge internet surfers with their debit/credit card for the services or products they sell on internet.