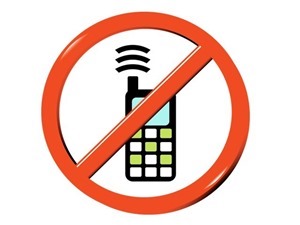 Election Commission of Pakistan has barred the voters to bring their mobile phones to polling station on May 11th, 2013, i.e. Election Day.

ECP said that decision was taken to ensure the transparency, avoid any possibility of poll-rigging, violence on Election Day, manipulation of votes or selling of votes.

ECP said that it had enough evidences of voters taking pictures of their ballot papers as evidence for casting votes in favour of a specific candidate and getting bribes in-return. Commission said that ban of mobile phones on Election day will eliminate any such chances of bribing the voters.

A statement issued by ECP said that each presiding officer will ask the voter if he is carrying a mobile phone. In case the answer is in the affirmative, the presiding officer shall direct the voter to place the mobile on his table and thereafter, ballot paper will be issued to the voter who, after marking it in a screened compartment, will insert his folded ballot papers in the ballot boxes and only then his mobile will be returned to him.

ECP spokesperson further said that voters will not be given the ballot papers if they deny to hand over the phones.

In a related news, ECP is considering to block cellular service on Election Day in whole of Pakistan to avoid any violence and terrorist activity.