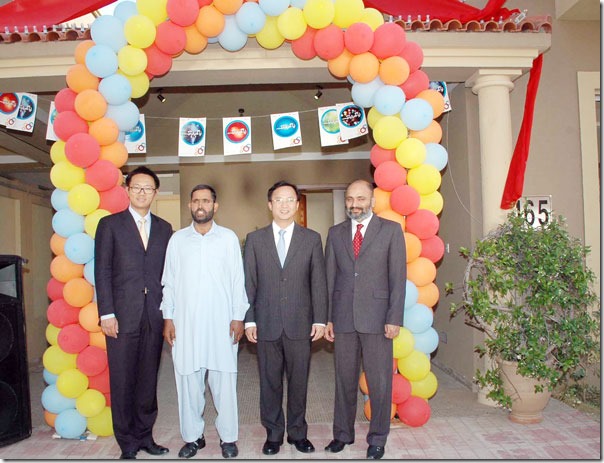 Zong has recently given away a house to a lucky subscriber in Islamabad through its Ghar Offer.

Announcement of lucky winner was made after a lucky draw. Picture shows winner of House in Islamabad, Mr. Ishtiaq Ahmed Standing in front of his new house, along with Zong’s top management.

All Zong customers could participate in the offer by reloading Rs. 300 into their accounts and consuming them with-in a certain during that ended April 31st, 2013.

Customers who had consumed Rs. 300 during said duration were automatically qualified for the lucky draw. Customers could make multiple entries by consuming multiples of Rs. 300 during the promotion.