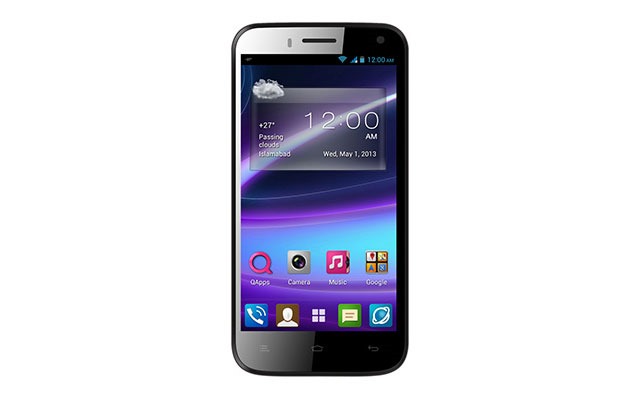 QMobile has outed a new device in its Noir series of Android Smartphones and the new model is called the Noir A700. You probably would’ve already seen it on TV until now.

The 5.3″ display is of qHD resolution, which is a bit of a shame because we’ve seen cheaper and smaller phones with HD resolution by now. Pixel Density should be quite modest too.

Beneath the surface lies a quad-core 1.2Ghz processor along with 1 GB RAM. The amount of storage is set at 4 GB expandable.

Your connectivity options include Wi-Fi, 3.5mm headphone jack, GPS and microUSB. Amount of battery capacity is 3000 mAh which should last long enough.

The price isn’t bad too. Noir A700 is available for 21,500 PKR which isn’t all that much compared to international flagships with specs that “sound” similar. Having said this, you can still find a better deal than this too.

Even the Noir A600 or the President G9 smartphones with quite similar specs come with a better display, yet at a cheaper price. It, then, is probably better to do your own research before chunking out a large amount of money on any of these devices as all of them come with their own advantages and shortcomings like any other phone.