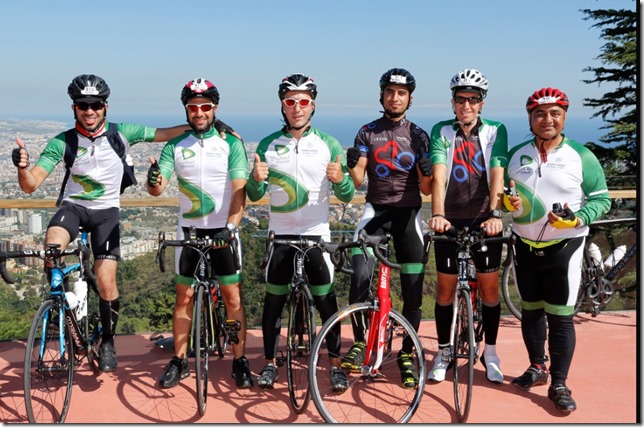 Cyclists from Pakistan Telecommunications Company Limited (PTCL) were also part of the Etisalat’s international cycling team. Each of the participants of Team Etisalat, hailing from its operations in UAE, Pakistan, Afghanistan, Egypt, Saudi Arabia, and Tanzania were given a hero’s welcome and congratulated by the company’s senior management at a special ceremony in Abu Dhabi.

“These Etisalat employees tested their physical and mental capabilities to the limit in order to help progress the development of mHealth technologies to help people with diabetes,” said Ahmed Abdulkarim Julfar, the CEO of Etisalat Group and a Board Member of the GSMA. “Technology has a role to play in managing these diseases and other health conditions and by working with other ICT players we are showing the commitment of our industry to helping our customers and improving their lifestyles.”

The GSMA Grand Health Tour concluded in Barcelona, Spain, after crossing through Belgium, Luxembourg, Germany and France. The riders took turns to represent Team Etisalat over four 3-day, stages cycling approximately 200km per day. The total journey was 2,100km including 22,000 metres of climbs and several difficult locations that have been used for the Tour de France.

Ali Alsheri from Mobily, part of Etisalat’s operations in Saudi Arabia, led the team out from Brussels, along with UAE colleague Shahzad Ahmed.  In the Second Stage, Jason Woodrow who is based on Etisalat’s Abu Dhabi headquarters, and 56-year old Chief Technology Officer, Moncef Mettiji  from Zantel in Tanzania, covered over 600km each.

In November 2012, the GSMA launched its mDiabetes Program, which encourages collaboration among people affected by diabetes, the policy makers and regulators, healthcare providers, healthcare payers and the Mobile operator community. The project aims to develop and implement mHealth initiatives designed to manage the disease.