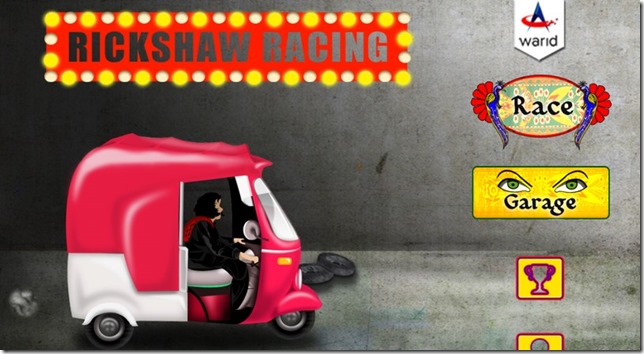 You might have experienced a lot of electrifying car and bike racing games in your life, but I can bet my life on the fact that this amazing Rikshaw racing app by Warid is gonna get you crazy.

Yes! It’s a global Rikshaw racing game server offered by Warid Telecom, which is exclusive for Warid customers only.

Simply get in and purchase your favourite Rikshaw, reshape it with all sorts of makeover and make it ready to win you the race by pairing up with a random opponent of your choice.

As mentioned above, With Warid’s Rickshaw race you get the liberty of designing your vehicle, change colors, style, door borders, motifs designs and other details of your Richshaw to give it a desired desi and rocking look.

Major parts of this app contain the engine adjustments and choice of horse powers by the will of the user. This app then gives you the option of purchasing the speed, wheels and engine of your Rikshaw against your earned points.

After adding the best opponent of your choice you will have to hit the race button to race towards the end line to score bonus points along with having progressive increase in your speed after each level.

All these points are then visible in the form of a ranking chart named as Leaderboard where your ranked score would be listed among all other top ranking players.

Here are the features again: 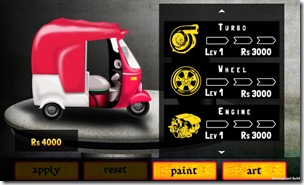 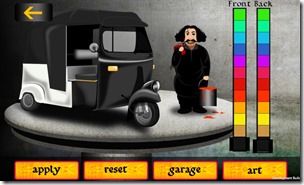 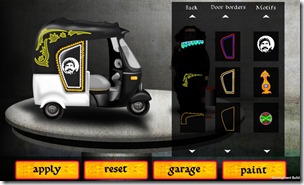 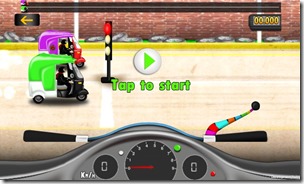 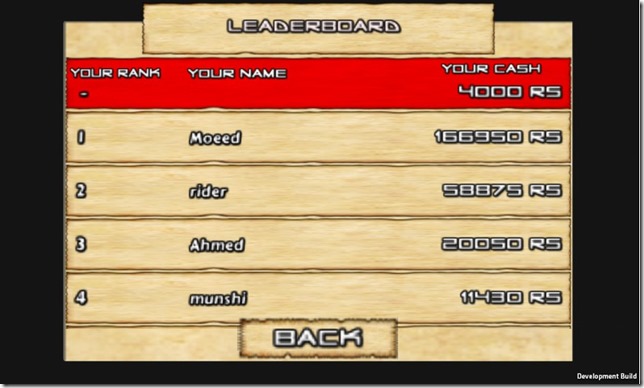 If you desire to prove yourself in a challenging Rickshaw race then step ahead and compete with the toughest opponent with your very own Rikshaw in this race.

The game is available for all Android based (Version 2.3 and above) mobile phones.

It’s an amazing new addition in Warid Android based entertainment apps.  So guys! It’s never too late to link yourself to the most promising network which is none other than Warid, as the app is exclusive to Warid customers only.