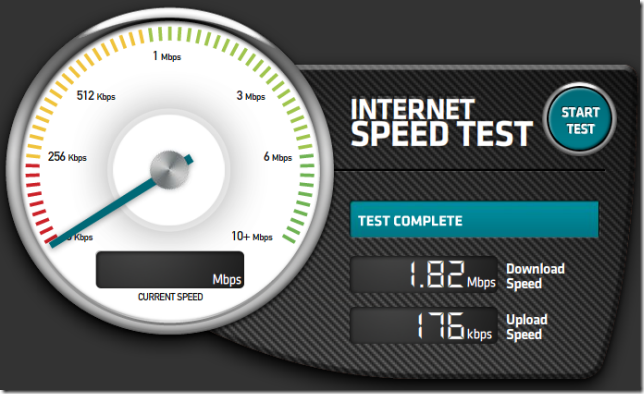 According to a new report by Ookla, the people behind speedtest.net, in terms of internet speeds worldwide Pakistan stands at 172nd spot out of the 186 countries it tested during the one-month time period between 27th of October and 25th of November 2013.

Interestingly, the highest average-download speeds in Pakistan were recorded at a place you probably haven’t heard of, its called Fazal in Sindh, 2.96 Mbps. (A Wikipedia page of the place doesn’t exist either.)

Lahore, Karachi and Islamabad grabbed the next three positions with average-speeds of 2.40, 2.28 and 2.21 Mbps respectively.

However, it is also worth noting that Fazal has got just 1521 IP addresses and the result is based on just 53 tests. The criteria for data analysis also requires at least a thousand unique IP addresses for a city to be included.

Just to mention, Pakistan was given a Promise Index of 82.5 percent, just above India which got 81 percent of Promise Index of Internet Speeds. Promise Index is measured by taking a median ratio of actual download speed against the promised (or advertised) speeds of ISPs.

This shows that index for Promised internet speed for Pakistan isn’t that bad. However, the back-haul infrastructure available in Pakistan isn’t amazing enough to offer higher-speeds. We don’t see this changing in coming years since the aging copper media of incumbent is apparently never gonna get replaced cent percent with fiber.

Having said this, let’s wait for 4G, LTE to change this proposition.