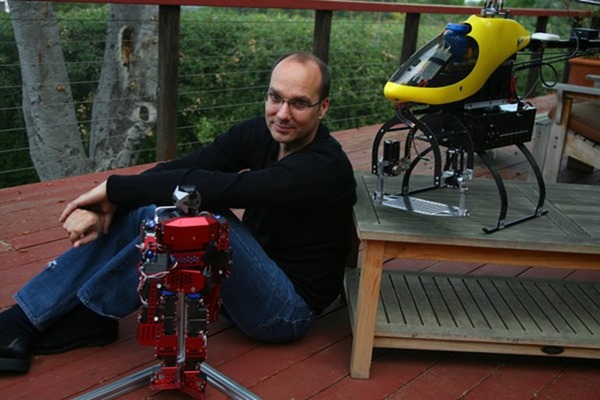 Google is quite experienced when it comes to introducing quirky, new and unconventional ideas but this time they might’ve outdone themselves. Earlier this year, Andy Rubin, the person behind Android quit his job in favour of a “moonshot”.

As it turns out, that ultimate goal was robotics. Google’s next biggest adventure will probably bring robots closer to you, however, in which particular way isn’t yet known.

“I have a history of making my hobbies into a career” Andy Rubin told the New York Times. “This is the world’s greatest job. Being an engineer and a tinkerer, you start thinking about what you would want to build for yourself.

“Like any moonshot, you have to think of time as a factor. We need enough runway and a 10-year vision.”

“I am excited about Andy Rubin’s next project,” CEO Larry Page wrote in his Google Plus account. “His last big bet, Android, started off as a crazy idea that ended up putting a supercomputer in hundreds of millions of pockets. It is still very early days for this, but I can’t wait to see the progress.”

It is being guessed that that goal is in refining the process of manufacturing but with them, you never know. Google has already brought as many as seven companies in Japan and the USA to help it in pursuing its passion.

Not much is known regarding the project other than that. With Glass and driver-less cars Google may have been able to explore some niche and uncommon ideas but its biggest gift to the humanity might eventually come in the form of robots.