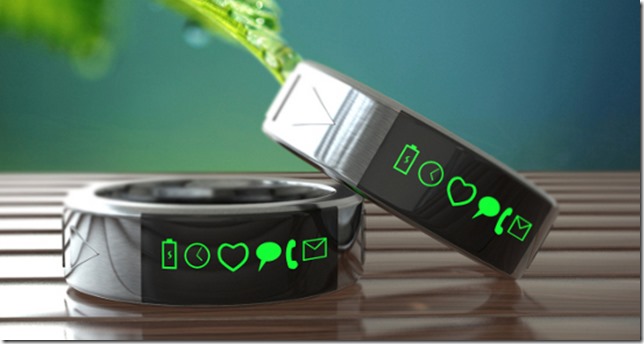 From Google Glasses to Smart Watches, wearable computing devices are clearly a latest trend and it appears everyone has a wearable concept for the days to come.

Cashing in on this new trend, a small startup has triumphantly raised funds to mass produce the Smarty Ring, a wearable ring that allows you to control your digital life right from your finger.

But what exactly is the Smarty Ring and what does it do?

Smarty Ring is a wearable ring, which is the first of its kind, and has been devised to allow its users to check alerts from their smartphone and manage calls right from their finger using Bluetooth 4.0 connectivity; it ensures that you don’t miss any significant text or any Facebook update. Concisely, it is a device which would apparently beat all other wearable gadgets out there.

It has some pretty notable features like, users can manage the settings for their Smarty Ring from a mobile app, and can even use the device as a watch, timer or phone finder for instance, if a user walks more than 30 meters from his phone, the ring will beep to warn them that they’ve left something behind. It also allows the customizable remote control and monitoring of your phone, whether it is in your pocket or on a desk nearby.

Similar to a smart watch, except with a very small display, the surface is not only chic – but impermeable and vacuum-packed; the stainless-steel ring has a 24-hour battery life, and it comes with its own wireless charging base, which can be used to charge the wearable along with a compatible smartphone. It works with both Android and iOS devices, provided they have Bluetooth 4.0 compatibilities.

Some other compelling features includes,

The first set of Smarty Ring is promised to be delivered by April 2014; you can Pre-Order it – for $175 — from its very own Indiegogo campaign page here.