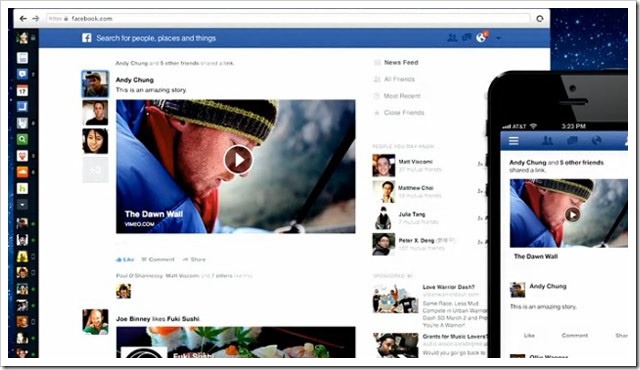 Facebook has announced that in order to continue forward its fight for profits, it will be adding auto-playing video ads in the users’ newsfeeds from now onwards.

The feature has been under the spotlight for quite a time now since it has already been tested a number of times over the past few months, on a limited scale though.

Rather than having to click or tap to play, videos will begin to play as they appear onscreen – without sound – similar to how they behave when shared by friends or verified Pages. If you don’t want to watch the video, you can simply scroll or swipe past it.

Thankfully, the ads won’t annoy you if you’re using the social network alongside some other thing, as videos will be mute unless you unmute them yourself.

As you would expect, the feature will be making its way to Mobile Phones as well, even though the videos will only be streamed if you are online via a Wi-Fi connection.

Even though this feature is new and has only just seen an addition, Facebook is anything but unfamiliar with it as they’ve already added Video Ads on Instagram, the photo-sharing social-network it recently brought.

Auto-playing ads are Facebook’s yet another attempt against television advertising. According to estimates, they will bring in as much as $3 million a day.