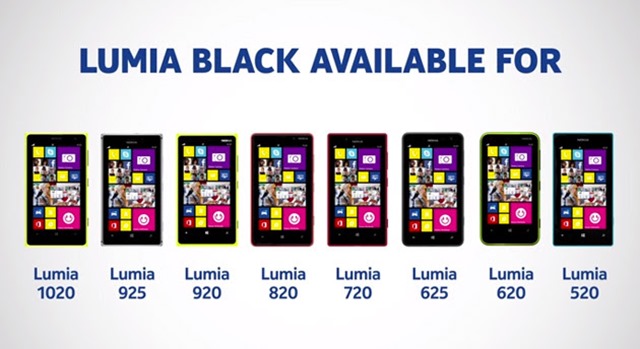 The first among them is the App Folder, which allows you to group several common apps of the same kind under one large Live Tile on the Start Screen. Bluetooth Low Energy is enabled for the complete Lumia range. Glance 2.0 makes an appearance, giving you an overview of even more activity straight from the lockscreen, and in more colors.

Two of Nokia’s imaging apps – Nokia Pro Camera and Smart Camera – have been placed under one banner to form the new Nokia Camera app. Access to raw image files is coming exclusively to the Lumia 1020.

Nokia Refocus is an app which allows you to snap a photograph and then refocus it later on. Storyteller is another app coming, which arranges all your photos on basis of time and location.